Join us as our Creative Writing students share excerpts from their works. This is a wonderful opportunity to hear from emerging writers and celebrate our talented students. This reading is led by instructor and bestselling horror and suspense writer, J.H. Moncrieff.

This event is free and open to the public. Seating is limited. 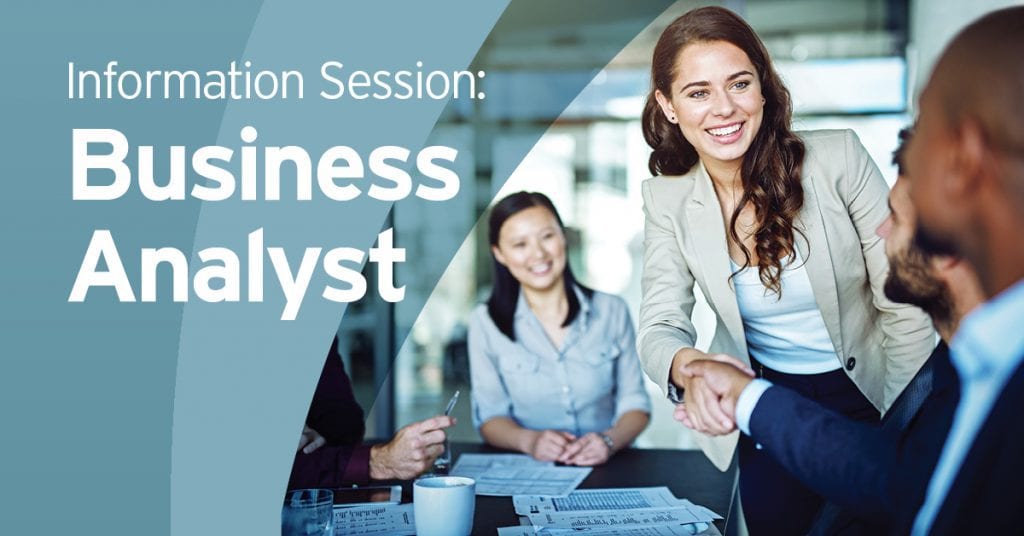 A Business Analyst is an agent of change. Business Analysts take a disciplined approach to introducing and managing change to organizations, whether they are for-profit businesses, governments, or non-profits.

If you enjoy evaluating and analyzing data, creating solutions, communicating with a variety of people and have a good grasp of information technology, a career as a business analyst could be for you.

Are you interested in becoming a business analyst, one of the fastest growing professions?

Join us at our free information session to learn more about this career. 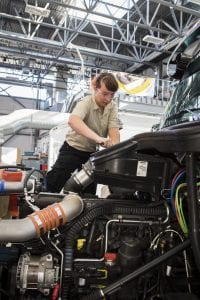 PTI is a manufacturer-paid training program offered to graduates from RRC’s Heavy Duty Equipment Mechanic program and Peterbilt employees who are interested in advancing their skills and training to become a certified Peterbilt technician.

This program allows the students to gain experience in all aspects of the work done at a Peterbilt dealership. Peterbilt Motors Company supplies the curriculum, laptops for the students, three trucks, two engines and specialized tools to help ensure the students’ success in becoming confident in their skills and career-ready by the end of the 12-week session. Peterbilt also trains RRC instructors to deliver the program at the College.

To be accepted, each student must have a high GPA, outstanding attendance and a clean motor vehicle record, plus pass an entrance exam and interview. Graduates may need to relocate but pay no additional tuition to gain skills that set them apart in their field.

The next intake dates are:

Watch the video to learn about the program. 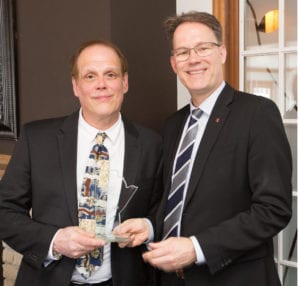 Roger Fitch is an instructor of Red River College’s Administrative Assistant Certificate Program (AACP), and is the honoured recipient of the 2018 BRAVO award for Teaching Excellence.

As an award recipient of the highest level of recognition for RRC employees, Fitch is being recognized for his exemplary instructional qualities and for making an outstanding contribution to both the AACP and its students.

Fitch embodies a teaching style second-to-none; he thoroughly prepares prior to each term, incorporating experiences from previous course deliveries in an effort to continuously strengthen and improve future sessions. His positive attitude, upbeat disposition and clever sense of humour create a welcoming and safe environment where students enjoy the process of learning course concepts and applications.

It’s not surprising to hear that subject areas such as math and accounting may not be among students’ favourites, but if you were to ask a student in Fitch’s class, the answer may be different!  END_OF_DOCUMENT_TOKEN_TO_BE_REPLACED 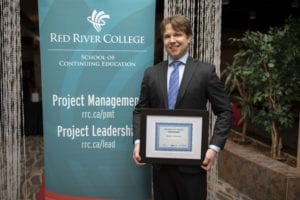 James Ashdown, a professional engineer by trade, enrolled in Red River College’s Project Management program thinking he would enhance his skills on a professional level. What he found was an altogether new way of thinking.

“Now I see projects everywhere,” said Ashdown, when asked how best to describe what he learned through the program. “I think as professionals we tend to see ourselves as people who can get things done. But when you really break things down through a project management lens you start to see the inefficiencies that exist.”

As for what Ashdown liked most about the program, he didn’t hesitate in saying it was the knowledge of the instructors and the real-life examples they brought to the table.

“I learned so much just hearing about their experiences — their successes and their failures,” he said. “Education can so often turn into nothing but note taking and exams, but I really enjoyed coming to class and participating in discussions that challenged a lot of assumptions I never realized I even had.”

The passion and skill Ashdown has developed for the discipline of project management translated to great success in the program itself — and in Ashdown being named this year’s Project Management Institute 2018 Scholarship Winner.

As excited as Ashdown is to have achieved such a high standing in the program, he’s even more excited to be able to translate what he’s learned into greater productivity for his employer, New Flyer Industries.

END_OF_DOCUMENT_TOKEN_TO_BE_REPLACED 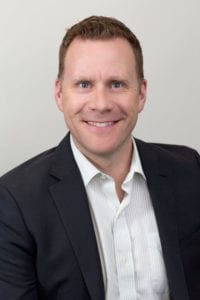 Today’s workplace is increasingly complex, interconnected and competitive, resulting in a growing demand for inventive solutions in an ever-changing world. Forward-thinking companies that strive to remain competitive — and to consistently pursue synergies and steady growth in an evolving marketplace — are embracing innovation. These companies have an increasing demand for employees with educational training and experience in agile concepts, particularly as business analysts or project managers.

Scott Hinkson, a Red River College (RRC) instructor, truly understands how industry and workplace requirements can impact customers, clients, investors, companies, and products and services. Effective business analysis and project management can “facilitate the planning, management and implementation of business and technology solutions”¹ that align with organizational strategies and are built with flexibility to withstand changes in the marketplace and achieve solutions more effectively than traditional methods.

A former student of both the Business Analyst Program and the Project Management Program, Hinkson is a Certified ScrumMaster (CSM) and the first Manitoban to have obtained PMI-ACP certification (Project Management Institute Agile Certified Practitioner). Even when these programs were in their infancy, Hinkson foresaw the opportunity of how crucial these skills are, and would continue to be, to employers in the future.

Hinkson took the initiative to approach RRC with the goal of developing two specific courses. The College shared in his desire to meet the growing needs of business analysis and project management, provide employers with a knowledgeable workforce and prepare students with the job-ready skills needed to succeed. The result: the Agile Business Analysis course and the Agile Project Management course were born!

END_OF_DOCUMENT_TOKEN_TO_BE_REPLACED

Please be advised that our full-time application system is scheduled for routine maintenance from Friday April 20 starting at 12:00 pm until Monday, April 30.

During that time, we anticipate there will be an interruption in our ability to accept and process online and paper applications for full-time programs. Please check back regularly for further information and updates.

If you do require immediate assistance, or would like to discuss your upcoming application please don’t hesitate to contact a member of our customer service team at 204-632-2327 or 1-800-903-7707 or register@rrc.ca

You can still register online for your part-time courses.

We apologize for any inconveniences that this may cause you.

Whether you’re a beginner or an expert, these three tips from social-media marketing instructor Holli Moncrieff will help you improve your online marketing:

Learn more about social media marketing with Holli: Beyond Hashtags

This spring, she will be teaching Beyond Hashtags, a social-media marketing course that goes far beyond the basics. Register today to make your online marketing skills sharper this summer. 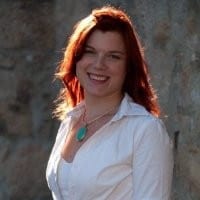 For over two decades, Holli has been helping businesses

and non-profits navigate the choppy waters of social media. She is accredited with the Canadian Public Relations Society, and specializes in online relationship building and crisis management. Under the name J.H. Moncrieff, she’s also a bestselling horror and suspense writer. 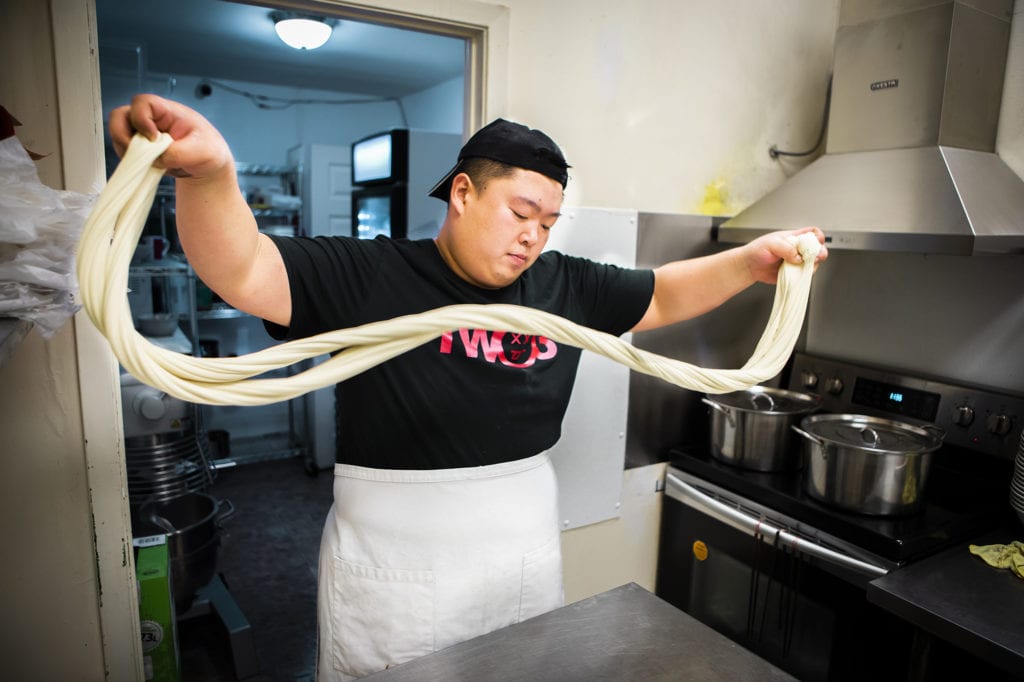 END_OF_DOCUMENT_TOKEN_TO_BE_REPLACED

Created to showcase leading industries, employment and educational opportunities in Manitoba and beyond, the Rotary Career Symposium is a unique event to help discover your career possibilities! From Aerospace to Law, Trades to Government, Hospitality to Technology, more than 185 Exhibit booths and 30 speaker sessions are included in the two-day event. Featuring both business and educational leaders to help you to update your career profile, it’s the largest and most comprehensive event of its kind in Canada. Don’t miss out!