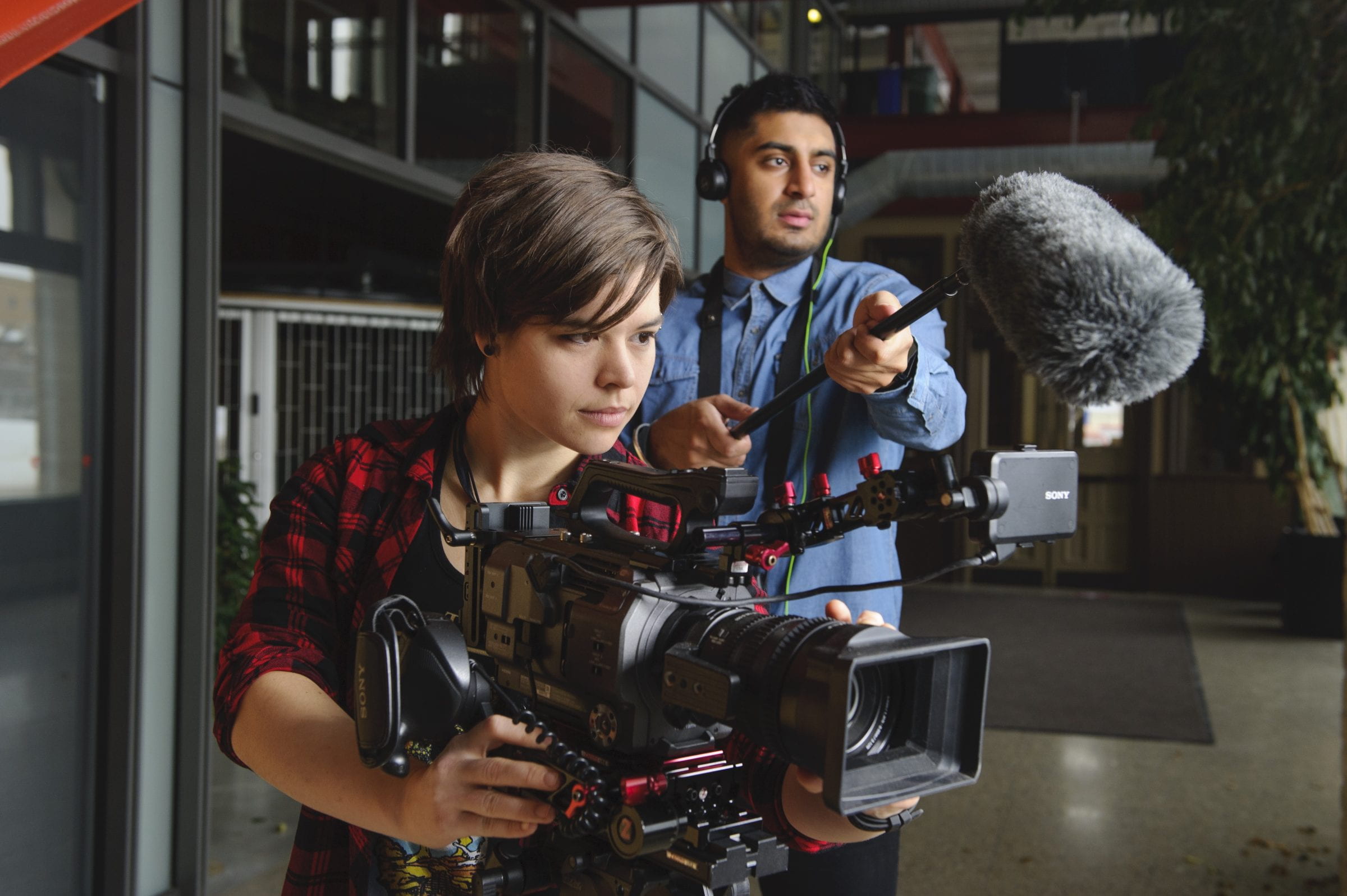 As Manitoba becomes an ever-growing hotbed for movies, TV, and other digital production, it has never been a better time for graduates and industry professionals to take the next step in their careers.

That’s the goal behind the new Digital Film and Media Production post-graduate diploma program. Designed to cater to those already established in their careers, the program aims to improve existing abilities and help students expand their tool belt in an industry that rarely involves being good at just one thing.

“As well, we want to give students skills on how to run a freelance business. In an industry like this, you have to have a large skill-set and be ready to take on different roles both behind the camera and as a producer.”

The new one-year diploma program has a September 2021 entry date and will take place at RRC’s new Innovation Centre at the Exchange District Campus in downtown Winnipeg. Graduates will earn a host of skills to take into the next phase of their careers, including producing freelance videos, operating 4K professional video equipment, operating and legally flying a video drone, and working effectively with a professional film crew.

The curriculum and learning outcomes have been developed in close partnership with local professionals, including Doug Darling, CEO and Executive Director of Tripwire Media Group.

“As someone who graduated from [Creative Communications] in 2006, I learned a lot — but having this course as an option would have put me ahead by years of real-life learning,” said Darling. “This program will have people so much more prepared to have the skills that employers are looking for.”

“People entering the film and television space need to be versed in a lot of different areas. This is particularly important in the documentary and factual television sphere where budgets are shrinking and demands for quality are rising,” said Karney.

“Speaking for myself, I’ve had to wear many hats — producer, writer, director of photography, and the list goes on. Giving students experience and understanding in all the areas that go into making quality film and television will be a huge asset, not just for the students, but for potential employers as well.”

Having the input of industry leaders is also a large factor in ensuring students come out of the program with not just a diploma, but a competitive advantage when returning to the workplace.

“We’re so fortunate to have relationships with industry partners like Film Training Manitoba and we will continue to work closely with local film and media production companies to keep pace with the media landscape,” said Cooper.

The deadline to apply for the first year of Digital Film and Media Production is May 16 and the program has a competitive application process. To learn more, those interested can contact Dean Cooper at dcooper@rrc.ca.

Digital Film and Media Production is one of several exciting new programs launching this fall with the opening of Red River College’s new Innovation Centre and expansion of our Exchange District Campus.

Apply to join RRC Polytech Students’ Association Board of Directors