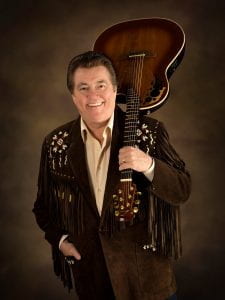 An award-winning producer, host and entertainer on more than 600 TV and radio programs — including Big Sky Country, Rhythms of the Métis, and the 1969 variety series Time for Living — Ray St. Germain’s engaging, creative and passionate storytelling style shines a spotlight on the history of Manitoba, while helping to build an understanding and appreciation of Métis culture across Canada.

“Ray is someone who embodies the values of Red River College and serves as an inspiration to many of the creative young people who are receiving their diplomas alongside him today,” says RRC President Paul Vogt.

“This is the highest honour given by Red River College, and is reserved for individuals who have achieved considerable success in their lives. We have tremendous respect for Ray, who has dedicated his life to sharing the stories of Métis people, and opened the door for others to do the same.”

St. Germain is the 25th person to receive the award since its inception in 1995, joining such notable Manitobans as Sen. Murray Sinclair, the Hon. Duff Roblin, Chef Takashi Murakami, Gail Asper, Lisa Meeches and Ace Burpee.

“I am extremely honoured to receive an honorary diploma for such a highly regarded program, and from an institution that is making strides in the advancement of Indigenous education.”