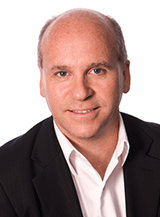 David Angus is committed to the Chamber movement. He volunteered as board chair and in 1999 was hired as President and CEO of The Winnipeg Chamber of Commerce.

He currently serves on the Manitoba Museum Board of Governors; Winnipeg Poverty Reduction Council; and JPAC (Joint Public Advisory Committee) for the Commission for Environmental Cooperation, a national committee of three countries working to protect the environment.

The Chamber has been instrumental in bringing a World Trade Centre to Winnipeg; establishing Leadership Winnipeg, Yes! Winnipeg and the BOLD initiative: a grassroots public policy campaign designed to mobilize the community behind forward-thinking BOLD ideas to increase prosperity in Winnipeg.