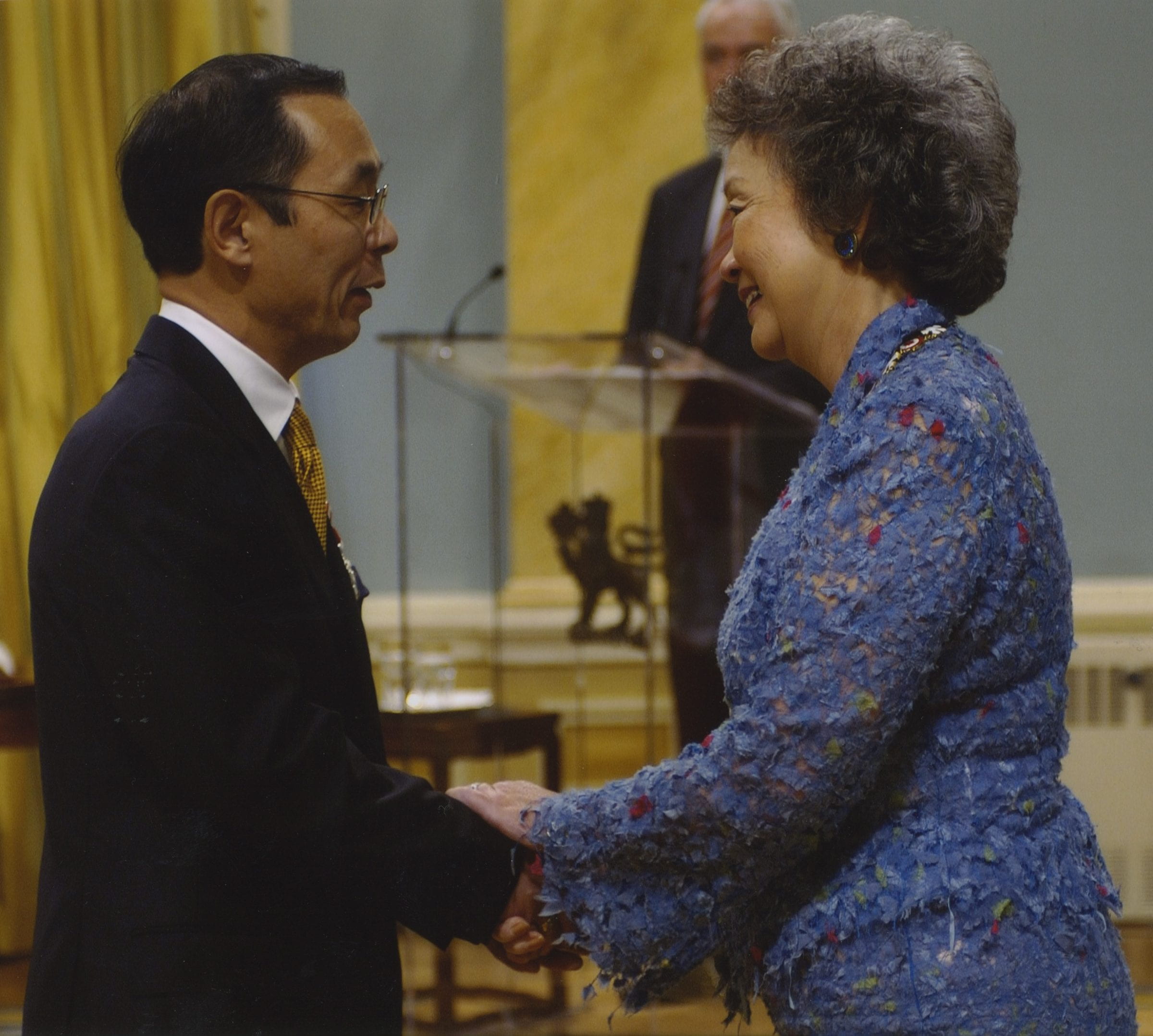 Each year Red River College awards a Red River College Honorary Diploma to an individual who demonstrates high standards of excellence in their personal and professional achievements and whose involvement in the community is widely recognized.

Widely and rightfully hailed as one of the most talented chefs in Canada, Chef Takashi Murakami, C.M., has spent the last 35 years elevating food preparation to an art form as Executive Chef of the St. Charles Country Club. Luckily, Chef Murakami’s lengthy tenure at St. Charles leaves ample room on his C.V. for the impressive array of awards and honours he’s amassed over the decades, among them a series of gold medals and a World Championship as a member and coach of Culinary Team Canada, a Chef of the Year designation by the Manitoba Chefs Association, membership in the Canadian Culinary Federation’s Honour Society, and a 2005 appointment as Member of the Order of Canada (making him one of only two chefs to receive this prestigious honour, and the only one from Manitoba).

Chef Murakami has also enjoyed a long and fruitful relationship with Red River College over the years, having served on the College’s Advisory Committee for the last decade (the last three of which he’s acted as Chair), as a cooperative education employer for the College’s Hospitality and Culinary Arts students, and as a member of La Chaîne des Rôtisseurs—a capacity in which he trained Red River College culinary students taking part in the International Jeunes Chefs (Young Chefs) Rôtisseurs Competition.

We are proud to celebrate Chef Murakami’s many accomplishments by awarding him Red River College’s Honorary Diploma for 2011.