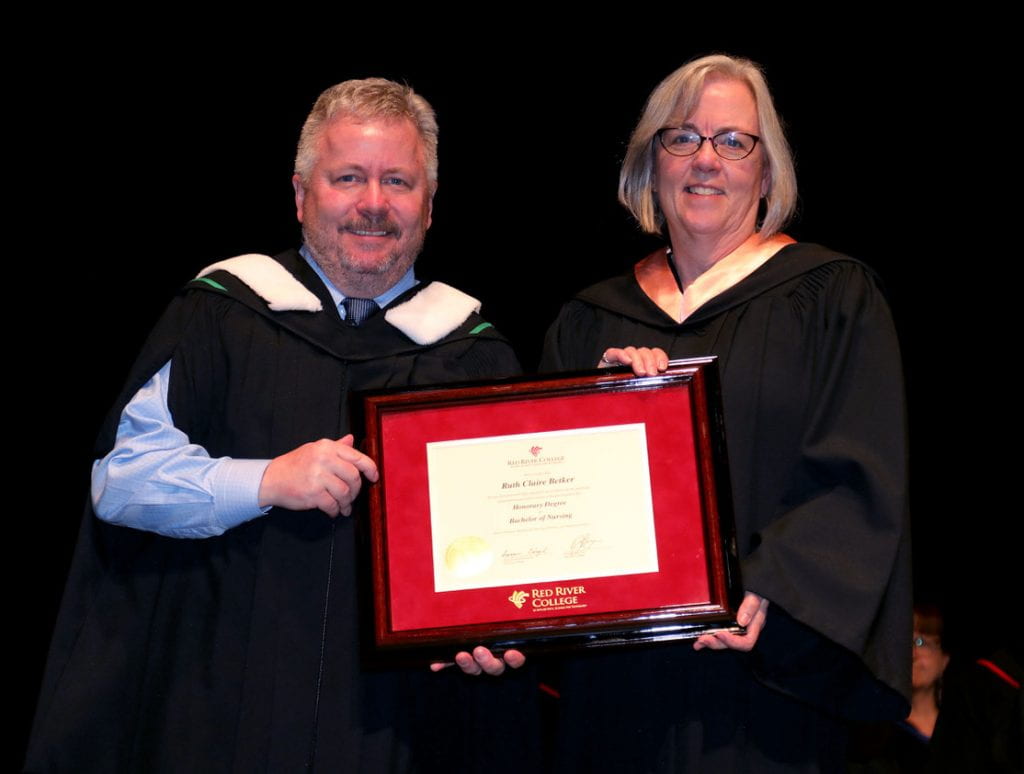 The recipient of Red River College’s first-ever Honorary Degree in Nursing has dedicated herself to enhancing equity, promoting public health, and shaping the nursing profession in Canada.

Dr. Claire Betker’s nursing career has taken her from public health and primary health care to education, research, administration and advocacy. In each new role, she has reached across professional disciplines and levels of leadership, finding innovative solutions to challenges facing health-care policy and delivery.

“I believe in the power of nursing,” she says. “All nurses are leaders. Over more than 40 years, I’ve seen real change take place because of the influence of good, solid nursing at all levels.”

And as Executive Director of the Population and Public Health Branch, Manitoba Health, Seniors and Active Living, she helped develop public health policy, standards, programs and services that have been adopted across the province.

“This honorary degree is extraordinarily meaningful to me personally because it brings me full circle,” she says. “Starting with my bachelor of nursing degree, education has opened countless doors and prepared me well to meet the challenges ahead.”

You might think nursing was Betker’s destiny. The story of her grandmother, who died from tuberculosis while nursing in Saskatchewan, was woven into the fabric of her childhood. So, too, was the story of Florence Nightingale, modern nursing’s founder.

“I had one of those How and Why Books about Florence Nightingale. It wasn’t profound, but it did spark my interest in the possibilities of nursing, the challenges of caring for those in need in the community, the importance of education and social justice. She had to fight hard just to study math and science. She was able to change policy at higher levels by using data, engaging in media and politics, and connecting with people. All this appealed to me.”

Dr. Helen Glass, dean of the University of Manitoba’s faculty of nursing when Betker was a student there, also influenced her thoughts and feelings about her chosen calling and the impact nursing could have.

“Her view was that nursing should take place everywhere, from the bedside to the hospital to global health. She talked a lot about disease and injury prevention and the social determinants of health and social justice.” 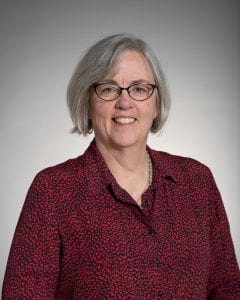 “We worked as a team with people from all stages of life, from pre-conception to death. It was a privilege to be such an integrated part of those families and communities.”

Before long, colleagues began tapping her on the shoulder to sit at the decision-making tables of government and public health organizations across the country. Advancing her education helped her each step of the way. She earned a master’s degree in nursing from the University of Calgary and a PhD from the University of Saskatchewan, College of Nursing.

“Each of these degrees helped me find answers to questions or problems I was addressing in my work and with the teams I was working with.”

Her doctoral dissertation, which investigated public health leadership to advance health equity, solidified her ideas about her own leadership.

“Anyone can develop leadership attributes. It takes work, self-evaluation, risk-taking.”

Good leaders, she adds, sometimes need to be good followers.

“Followship is not passive, but active and intentional. It takes courage to stand by someone and recognize where you can help move their vision forward.”

From her current seat as Scientific Director at the National Collaborating Centre for Determinants of Health, Betker is eager to start a global conversation.

“I want to see how issues like colonization and racism and climate change impact public health policy. I’d like to use the opportunities and knowledge I’ve been given to influence policy at that broad level, even if it’s just a nudge.”

She points out that one of the biggest issues we’re facing is, ironically, that we’re all living longer.

“In the early days of nursing, the focus was on prevention and early detection. Since the end of the Second World War we’ve shifted to large health-care institutions that deliver more acute care. Nursing is integral to that, but expensive. Over time, the current model will be harder to sustain, because globally people are getting older, thanks to technology, antibiotics, sanitation, all kinds of things. Moving forward, I think people are going to want more care closer to home, rather than in hospitals. This will require a massive shift in service delivery. My hope and belief is that nurses will have a huge role to play in organizing and leading this new model.”

In spite of the challenges, she’s confident about the future of nursing, and it’s all because of the people.

“The nursing students I’ve met are unbelievable. If I have a rallying cry for them, it’s this: You are leaders. Lift your voice. Come to the table and contribute what you think. Action takes courage, but it also builds courage. You gain confidence in your voice the more you use it.”