Congratulations to this year’s award winners! It’s been another different year to say the least and we weren’t able to celebrate as usual with our luncheon, but none the less, the awards were celebrated virtually and in spirit and were well deserved!

The Association of Registered Nurses of Manitoba Medal of Excellence Award – Machaela Cavanagh : This award was established for a graduating nursing student with the highest cumulative GPA and has excelled clinically throughout their program. 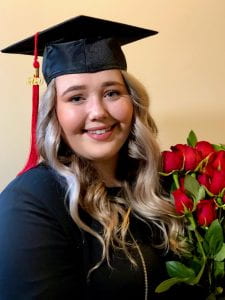 Jean Burrows Award Scholarship – Haley McKay : Jean Burrows was the Nursing Department Chair from 1974 to 1998, and upon her retirement, this scholarship was created for a first year student recognizing their outstanding academic achievement. 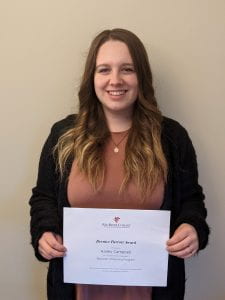 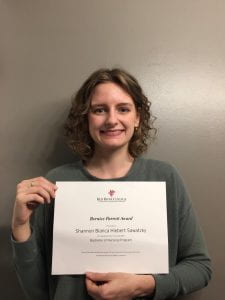 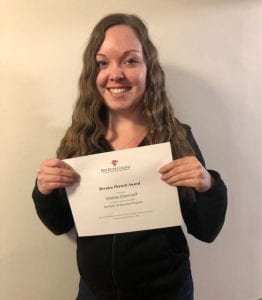 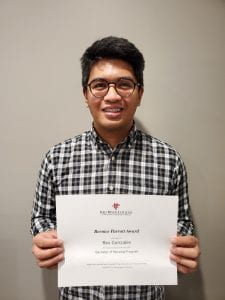 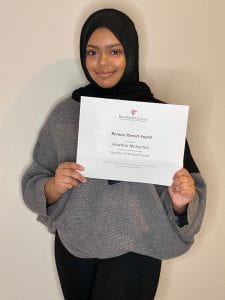 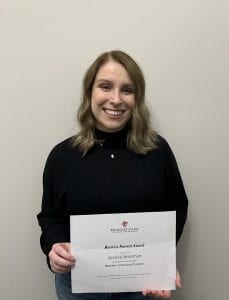 Nursing Students Endowment Scholarship – Emma Collins, Machaela Cavanagh : This award was established from students who, in 1997 as part of their tuition fees, contributed to this endowment fund. In 2001, a portion of the money was dedicated to the creation of this award. The class of 2002 also made a sizable contribution from their own fundraising efforts. 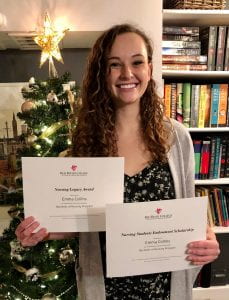 Nursing Legacy Award – Jamie Harland, Michaela Miller, Samantha Thompson, Johanna Toews, Emma Collins, Machaela Cavanagh, Karli-Anne Berezowski, Sydney Plett, Haley Mckay, Kirsten Yaholkoski : This award recognizes outstanding clinical performance of students in years one to three. A student in Nursing Techniques 3 is also recognized for excelling in both their academic and skill performance, while the Health Assessment award recognizes a student who has outstanding academic achievement in both Health Assessment courses. This award was established by combining sources from the Stanton Family, the Duncan Family, and Phyllis Aaron, along with the Nursing faculty. 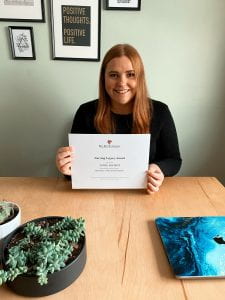 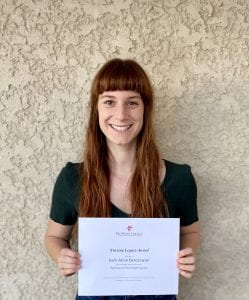 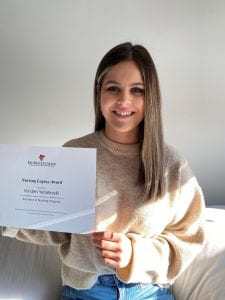 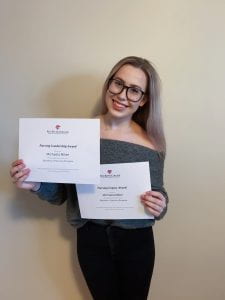 Thorey Johnson Nursing Award – Melanie Edwards, Jason Juell, Kayla Smith : In honor of their mother, Mrs. Johnson’s daughters have established this scholarship for a nursing student who has expressed a special interest in rural nursing practice.

Nursing Leadership Award – Michaela Miller, Amy McDonald : This award is for deserving students who have gone above and beyond in support and leadership of their peers. This award was established by the awards committee, with nominations from faculty and peers. 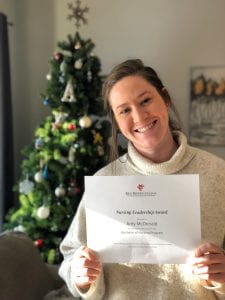 Mary Langhan Nursing Award – Britainnie Pillar : This award is presented to a third year student who has demonstrated a high level of skill in the clinical setting and has expressed a special interest in obstetrics and gynecology. 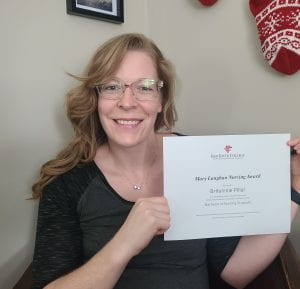 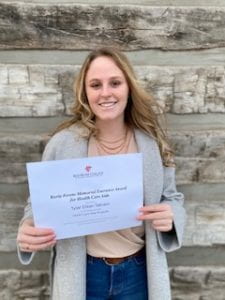 Community Service Award – Sarah Fordham, Ryan Penner : This award is presented to second and third year students who have volunteered for a community agency while maintaining sound academic achievement. 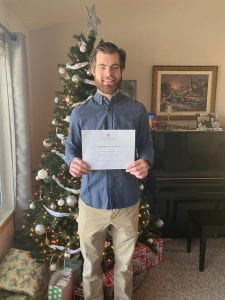 Karen Wall Indigenous Nursing Student Award – Lauren Thompson : This award is presented to a third year student of Canadian Indigenous heritage who has achieved academic success in the BN program and has demonstrated leadership within the Indigenous community. 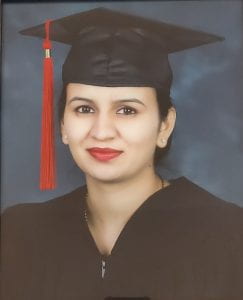 Inspiring the Next Generation: Career Day at William Whyte School

New IV Pumps are Coming to All Regions!