As required by The Red River College Act, the Board of Governors consists of one employee selected by RRC Polytech employees; one student selected by the Students’ Association; and at least 9 but not more than 15 members recommended by the Minister of Advanced Education, Skills and Immigration.

Remuneration
Board members who are eligible for remuneration receive the following amounts set by the Manitoba Government:

Employee Member
Every two years RRC Polytech staff elect a co-worker to serve on the Board of Governors. The current Employee Member’s term ends on June 30, 2021 and an election for the 2021-23 term will be held in the spring 2021.

Community Members
There are to be between 9 and 15 members appointed by the Lieutenant-Governor-in-Council upon recommendation of the Minister of Economic Development and Training. As of January 2020 there are eight appointed community members. 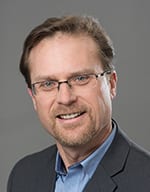 Loren Cisyk was appointed Chair of the Red River College Polytechnic Board of Governors on January 18, 2017 and has been a Board member since January 2016. He is currently the Executive Vice-President, Technology Solutions for Information Services Corporation (ISC) which is a leading provider of registry and information management services for public data and records. Prior to joining ISC, Loren was General Manager for IBM in the Prairies. During his 20 years at IBM, he started in various regional consulting management roles and for 14 years held regional General Management roles in the Prairies and Caribbean. Loren also spent nine years in Information Technology leadership positions at Great-West Life and received six years’ technical experience at Cargill.

Loren was honoured with a Distinguished Alumni Award from Red River College Polytechnic in 2007. In 2011 he received a Fellowship Award (FCMA) from the Society of Management Accountants. 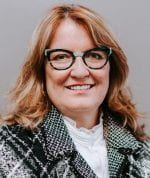 Janice Hyde was appointed Vice-Chair of the Red River College Polytechnic Board on January 18, 2017. She brings more than 30 years’ experience in the information and communications technology sector with IBM Canada. Janice is also a proud member of the charitable organization, 100 Winnipeg Women Who Care, and has been recognized as an Individual Difference Maker for her contributions as a volunteer and board member of the Never Alone Foundation. 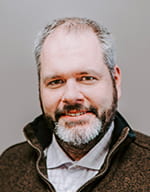 Greg Burch is a Partner and leads the Winnipeg practice for Longview Communications & Public Affairs which provides senior level public affairs and communications counsel to Canadian and international clients. Greg has more than 15 years’ experience in corporate communications and public relations, with particular expertise in telecom, healthcare and energy. His background includes leadership roles in both the private and public sector.

Greg graduated from the Creative Communications Program at Red River College Polytechnic in 2001. 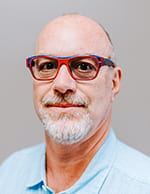 Stu Charles retired in 2017 after 17 years as the Chief Information Officer for the Workers Compensation Board of Manitoba. Stu is an alumnus of RRC Polytech’s Computer Analyst Program (CAP) program (now Business Information Technology) and his first job after graduating was with the Canadian Wheat Board where he remained for 17 years.

Stu was honoured to be recognized with the RRC Polytech Distinguished Graduate award in 2018. He was involved with RRC Polytech throughout his career and served on the College’s program advisory committees for 25 years which included several years as chair of the CAP and BIT committees. He currently sits on an advisory committee for ACE (Applied Computer Education). 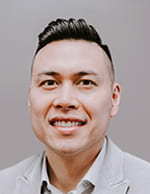 Jeff Doneza is the Director of Finance at Sycamore Energy, a renewable energy design and installation firm. He previously served as Assistant Controller at 24-7 InTouch Contact Centres and Corporate Controller for People Corporation. Jeff’s volunteer work includes serving as Treasurer for the Manitoba Filipino Business Council. 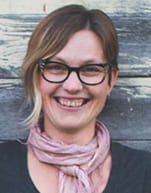 Jayne Geisel was elected by the Red River College Polytechnic staff as the Board of Governors’ Employee Member for the term July 1, 2019 – June 30, 2021. She was subsequently re-elected for a second term ending June 30, 2023.

Jayne started working at Red River College Polytechnic in 2007 as an instructor in Greenspace Horticulture and is now the Academic Coordinator for Civil Engineering Technology where she supports approximately 54 instructors/support staff and 300 students.

Jayne has a varied educational background, including a degree in Arts from the University of Manitoba with a major in Women’s Studies and a minor in Sociology; a Horticulture Diploma from Olds College; and a Certificate in Adult Education from Red River College Polytechnic. She is an active member of the MGEU, serving as a Steward for MGEU Local 73 at RRC Polytech. She is also Vice-President of the RRC Polytech Faculty Association at the Notre Dame Campus. 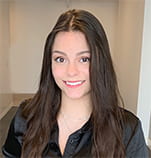 Avery Halldorson was elected President of the Red River College Polytechnic Students’ Association for the term May 1, 2021 – April 30, 2022. She is currently an RRC Polytech Business Administration student majoring in Marketing. This is her third year as a student at the College.

During 2020-21 Avery was the Vice President Academic of the RRC Polytech Students’ Association. She currently works in Winnipeg as a server, bartender, and supervisor. Avery has a vast majority of work experience since she was 17 and worked for four years before returning to her post-secondary education at Red River College Polytechnic.

Avery grew up two hours north of Winnipeg in Ashern, Manitoba on a cattle ranch outside town. Since the age of eight, Avery was a part of 4-H and The Dolly Bay Beef Club until she was 17. In 2015, Avery was crowned Miss Interlake, a pageant put on during the Lundar Fair for more than fifty years. 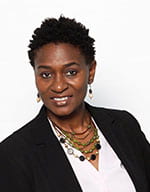 Phyllis Reid-Jarvis is the CEO and founder of Ultimate Potentials Corporation. With a focus on employees and organizational success, Phyllis and her team help local, national and international organizations achieve their business, strategic and financial goals through their people by using comprehensive executive coaching principles, leadership and strategy training.

Phyllis has developed a strong appreciation and understanding of the important role post-secondary institutions play in helping to meet the needs of adult learners, the business community and the province of Manitoba. Her previous positions include being a Program Director and Instructor with the University of Manitoba’s Continuing Education.

A Professional Certified Executive Coach, who holds a Master’s degree in Public Health from the University of Manitoba’s Community Health Sciences Program, as well as certifications as a MBTI Personality Types Practitioner, and a Psychological Health and Safety Workplace Advisor; Phyllis brings this knowledge, skills and abilities to her volunteer work as a member of RRC Polytech’s Board of Governors.

Phyllis is a member of the International Coach Federation (ICF), International Coach Academy (ICA), and the American Society for Talent Development ( ASTD), The Canadian Mental Health Commission, the Caribbean Women in Information Communication committee (CWIC) and the CANTO, an ICT non-profit association, whose role is to influence the innovation and development of ICT solutions for its members, the Caribbean and the Americas.

Phyllis has served as a member of the Winnipeg Foundation’s Advisory Committee for their Nourishing Potential community program and on the national board of Breakfast for Learning, a project that focuses on ensuring school-aged to elementary aged students’ learning and academic performance are enhanced through proper nutrition.

Phyllis is very active within the African/Caribbean community in Manitoba. She is one of the founders of the Horace Patterson Foundation, an organization that raises funds to support students of African/Caribbean heritage pursue a post-secondary education. As a former Director member and member, Phyllis has worked with her fellow colleagues for 27 years to raise much needed funds that enabled several hundred students realized their academic dreams.

Phyllis is the author of several books and programs. Her most current are the Essential Performance Coaching for Leaders, Success Strategies for Working Remotely, Pathways for Sustaining Healthy Families and Pathways to Diversity, Equity and Inclusion for Organizations. 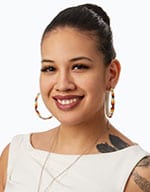 Ashley Richard is the Associate Director, Indigenous for the Women Entrepreneurship Knowledge Hub. She holds a Masters in Management Innovation & Entrepreneurship from the Smith School of Business at Queen’s University.

Ashley completed a Bachelor of Commerce (Honours) from the University of Manitoba’s Asper School of Business, where she was the premier recipient of the Full Indigenous Business Scholarship at the Asper School of Business. Ashley majored in Aboriginal Business Studies, focusing on economic development. Her final project on Indigenous economic development was published in the Journal of Aboriginal Economic Development in the fall of 2017. In 2014, she received the 20th Anniversary Manitoba Aboriginal Youth Achievement Award (MAYAA) for her accomplishments.

Ashley is passionate about supporting the community she lives and works in and currently serves as Chair of the Walking Together Grants for The Winnipeg Foundation. After receiving the MAYAA award in 2014, Ashley volunteered on the MAYAA Planning Committee for 5 years.

Ashley was the recipient of the Oscar Lathlin Memorial Award from Ka Ni Kanichihk at the June 2021 Keeping the Fires Burning Ceremony. Ashley has also humbly received a 2021 Distinguished Alumni Award, Outstanding Young Alumni, from the University of Manitoba.

Ashley is a proud Filipina and Indigenous woman with Métis and Ojibway heritage, hailing from Pine Creek First Nation and Camperville, Manitoba. 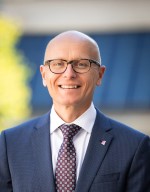 Fred Meier joined Red River College Polytechnic as President and CEO in July 2020. He is known for his work leading large organizations in senior management and executive roles, focusing on building positive and inclusive cultures that embrace employee engagement, innovation, and collaboration.

Fred is the sixth President and CEO in the College’s 85-year history. In addition to his role as President & CEO, Fred serves as a member of the Premier’s Economic Opportunities Advisory Board.

Fred holds a Master of Science from the University of Manitoba. 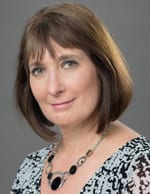 Kathi Gudmandson joined Red River College Polytechnic in 1999 as the Executive Administrator for the Board of Governors. She previously worked at the Winnipeg School Division with the Board of Trustees for eight years.

Kathi is the Corporate Secretary for Red River College Polytechnic and manages the operations of the Board of Governors. This includes providing administrative, advisory and logistical services to the Board so its decision-making is based on timely, accurate and objective information, and interpretation and application of policy.

The Executive Administrator is the Board’s liaison with the Senior College Management, College staff and students, and the public.