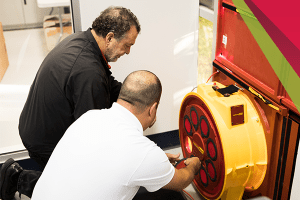 What can airtightness testing provide?

For a decade, the BETAC team has been conducting large building airtightness tests, gaining extensive knowledge in testing both occupied and unoccupied buildings. At the cutting edge of the current airtightness testing standard: ASTM E3158-18 Standard Test Method for Measuring the Air Leakage Rate of a Large or Multizone Building. BETAC works closely with building owners, engineering consultants, and the design community to minimize disruptions to building operations during testing. Identifying and sealing the leaks results in savings through lower maintenance costs and a longer lifespan – along with happier occupants. 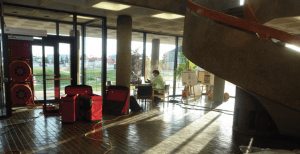 Between 2012 and 2014, with the support of Manitoba Hydro and the Natural Sciences and Engineering Research Council of Canada, a total of 26 commercial buildings in Manitoba were tested for airtightness. The testing was done to establish baseline air leakage rates and appropriate building airtightness targets (for specific building types/uses such as schools).

The information collected has contributed to the knowledge base needed to develop performance targets for the airtightness of buildings. The buildings tested ranged in age from one to over 100 years; floor areas varied from 150 m2 to 19,788 m2 (1,615 ft2 to 212,918 ft2); and building heights ranged from one to 16 storeys. An effort was made to include a few buildings that were undergoing, or had recently completed, a major building envelope retrofit.

Building science experts agree that commercial airtightness is one of the highest priority areas for energy-related building research in Manitoba. Ongoing efforts are needed since the knowledge base for airtightness characteristics for commercial buildings is much smaller when compared to residential construction. 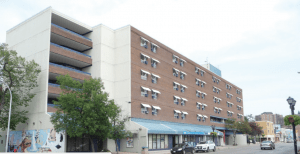 Using two unoccupied and four occupied buildings, ranging in size from eight to 124 units, a series of airtightness tests were conducted in 2015. The purpose was to determine whether reliable results could be obtained for occupied multi-use residential buildings (MURBs) and if testing could be done with interior doors closed.

As a result of this work, BETAC has:

Current airtightness testing methods and standards are based on the assumption that the testing agency has complete control over the building and its operation during the test period. With unoccupied buildings, this is seldom a problem; However, if the building is an occupied MURB, then major issues can arise.

Fort Whyte Alive is an interpretive centre in southwest Winnipeg. It underwent a major envelope upgrade.

BETAC staff were engaged to conduct airtightness testing on the existing building prior to the renovations, as well as comparative testing after the work has been completed.

During the pre-renovation test, major leakage paths were identified through the use of diagnostic tools such as smoke machines and infrared thermography.

The testing identified not only leakage due to poor assembly or structural deterioration, but also rodent damage.

“We want to ensure that Fort Whyte Alive is as environmentally sustainable as possible. It only made sense to contract BETAC to identify where we needed to concentrate in our retrofit.”
– Bill Elliott, president, Fort Whyte Alive.

SEE ALL TECHNOLOGY AND FACILITIES

Start a Project with BETAC.

Working with us gives you unparalleled access to Red River College Polytechnic’s cutting-edge technology, facilities and expertise. Get in touch with us and propose a new project.

Working with BETAC means you may have access to government funding.