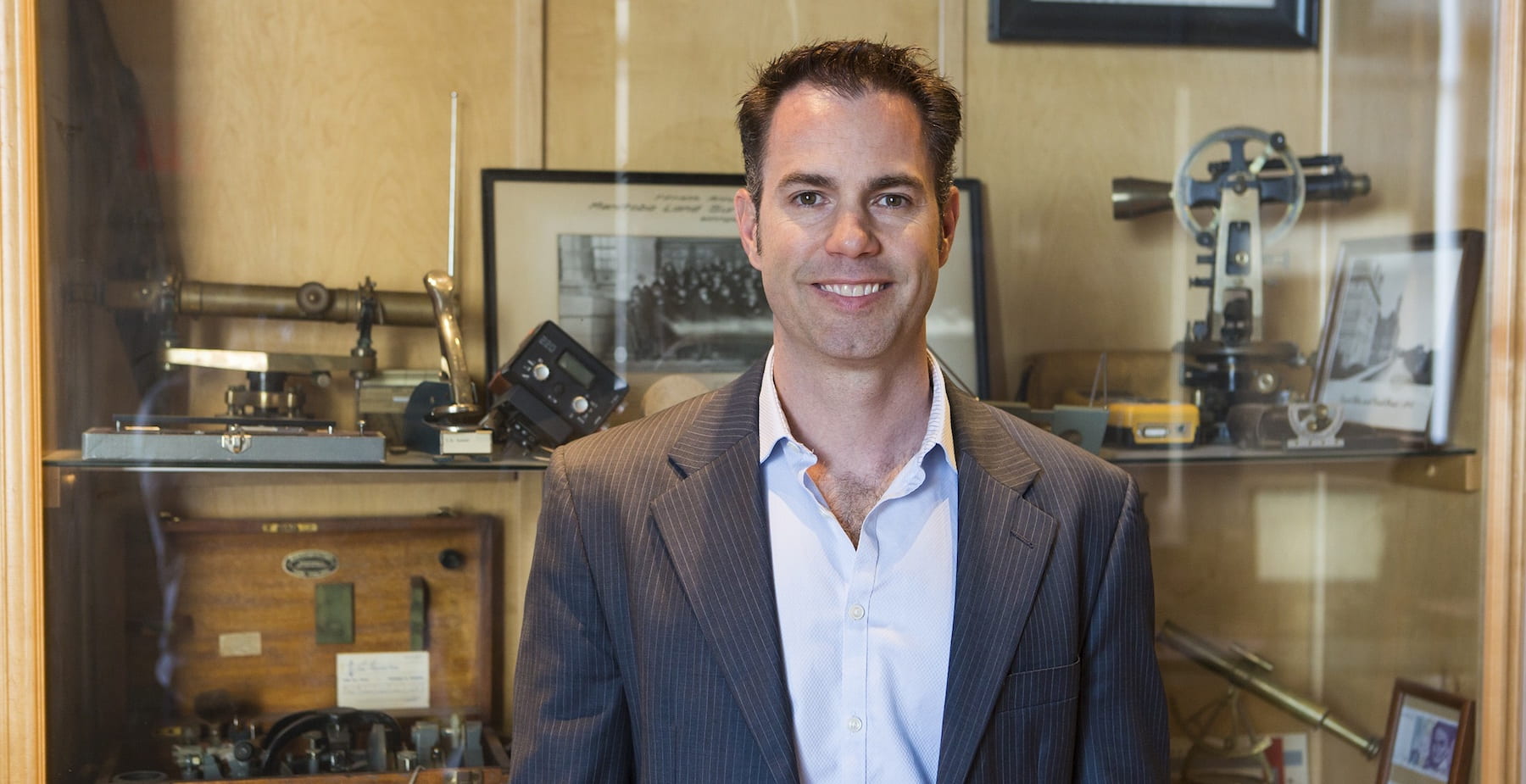 A Red River College grad who heads both a leading IT solutions provider and one of the province’s largest surveying firms was recognized recently with a pair of prestigious awards for his work with remote Manitoba communities.

The focus of this year’s awards was on remote clients, in particular how a stable foundation in IT services and support allows them to become more self-sustaining. Clear Concepts was recognized for partnering with the Cowichan Tribe of Southern B.C., developers of a community electronic medical records (cEMR) system for First Nation communities.

Clear Concepts provided cEMR-related installation and infrastructure support to many clients across Canada including the Opaskwayak Health Authority in northern Manitoba, allowing that organization to receive funding for a new health centre and dedicated physician. The company has also provided services that allowed a northern Manitoba tribal council to better manage its eight communities, and has partnered with a local airline to streamline internal logistics processes.

So how did Korell – who in addition to being Clear Concepts’ president and CEO, also serves as owner and CEO of Barnes & Duncan Surveying, Engineering and Geomatics – come to be in charge of two such industry powerhouses?

“My parents both ran businesses,” he says. “Around the kitchen table that was the discussion and I was soaking up that environment. I grew up wanting to own my own business, having that desire to work for myself.”

Korell soon found himself in the right place at the right time. In 1990, when the former St. Francois Xavier resident landed a few weeks of temporary work at Barnes & Duncan after his first year of university, surveying was at a precipice.

The ancient craft of precisely measuring land – property lines, elevations, locating improvements above or below ground level – was about to radically update with portable computer and GPS technology. The innovative surge was looming on the horizon, even as Barnes & Duncan’s then-owner was looking toward retirement.

Korell saw the opportunity to take the wheel of the small firm and make it extraordinary. He enrolled in RRC’s Survey Engineering Technology program and began the specialized process for becoming a land surveyor.

In high school and in university, Korell was in the middle of the academic pack, holding down B’s while other students competed for honour roll. But that didn’t daunt him – quite the contrary.

“Many successful entrepreneurs are the B students,” he says. “I don’t think I’m the smartest in anything, but I’m smart enough in enough things, and (I’m) able to put them all together to be successful.”

“Don’t think you have to be the smartest kid in the class to succeed. Attitude and common sense also play a very important role.”

The decision to pursue a career as a land surveyor was based in the same dedicated thoughtfulness. There were indicators that taking over Barnes & Duncan could be both possible and profitable, but it still took a savvy observer to realize the industry was about to catch up with the 20th century. Korell describes it as a learned reflex of stepping back and looking at the big picture – a skill that comes in handy on the job site, when complications in the moment can capture disproportionate attention.

It was also a commitment to years of hard work. Becoming a land surveyor involves earning either a college diploma or university degree, challenging a set of national exams, applying to a provincial body to article for a number of years, then writing more exams. It meant evenings of study after full days of work.

“RRC was the best choice for me. I could get a feel for the work, and get my feet wet before making a commitment to move across the continent to attend the University of New Brunswick (UNB).”

With his survey technology, engineering, and geographic information systems (GIS) training achieved, Korell set his next goal of building Barnes & Duncan’s resources by folding in other surveying companies. He then also acquired Clear Concepts, a technology company providing IT services across Canada, to have a direct hand in the new systems reshaping surveying.

“We’ve grown from four or five people at Barnes & Duncan when I took over to approximately 50,” he says. “There’s not a lot of movement in the surveying industry, which is small to begin with, (so) finding the right people often meant buying their employees … We’ve also had to develop from within, investing in technology as well as our employees’ training.”

Korell says working with new technologies and interesting people is one of the rewards of his job, as well as being able to shift from office work to field work on a day-to-day basis. The expanded scope of Barnes & Duncan’s services has also propelled him into the ground floor of notable local projects – Investors Group Field, CentrePort Canada Way and East Side Road construction among some of the most recent.

As an entrepreneur, Korell has a clear knack for building things. And while it’s true his early exposure to surveying was fortuitous, without the existing combination of ambitious goals, a comprehensive education, and an entrepreneur’s work ethic and attitude, his career might not have gone any farther than the blueprints.