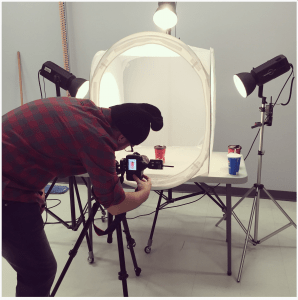 At RRC Polytech, we know education is the root of transformative change. When our students graduate, we hope that they will take the sustainability values and teachings they acquire here and apply them to their personal and professional lives outside of the College.

Our office routinely works with students on applied learning projects to further sustainability at the College while also offering hands-on practical experience. This concept of “campus as a living lab” aligns with the mission of the College:

Together, we learn, teach, challenge, innovate and find solutions to build a better future.

Interested in partnering with our office on an applied project? See the possible future projects list below or contact us to talk about your own idea. Our office can work with individual students on applied projects, or partner with entire classes for projects.

With 91 refrigerators at the NDC campus staff offices and common areas, reducing this big energy-consumption contributor is an important part of plug-load reduction. Starting with measuring energy use and the cost of running these refrigerators, the goal is to find solutions to reduce energy consumption while making sure staff have adequate access to refrigerators. We are looking for students who can make a final assessment and recommendations that take into account the age, size and energy ratings for refrigerators as well as staff-to-refrigerator ratios.

This study would look at:

After our 2018 plug-load inventory found nearly 100 water coolers in office areas at the College, it had us wondering: what was the full impact of these cost-wise and energy consumption-wise? This was considering that costs for these units include a monthly rental fee, water purchases, and the energy consumed in running the coolers.

A team of Environmental Engineering Technology students assessed different options for providing clean drinking water at RRC Polytech to see which was the best, in terms of both sustainability and quality. They performed water quality tests, measured energy consumption of water coolers, developed a staff survey on drinking water habits on campus and hosted a water-taste test event comparing cooler water to other water sources.

This project was co-sponsored by the Sustainability Office and Safety and Health Services. 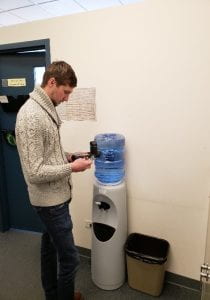 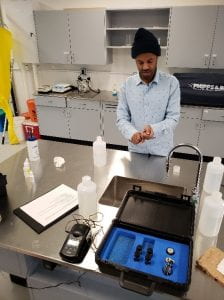 Three third-year Environmental Engineering Technology students looked at how effective the new waste and recycling bins in the Voyageur Cafeteria were and assessed the feasibility of expanding the College’s pre-consumer composting program to include post-consumer collection. The project involved waste audits and looking at options for managing post-consumer waste (including testing a dehydrator system to create a nutrient-rich soil amendment).

This project was a great preliminary step into looking at expanding our compost program. 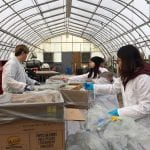 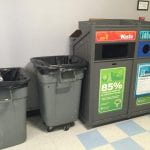 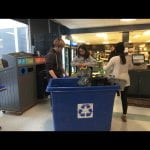 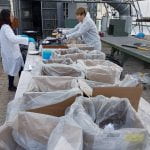 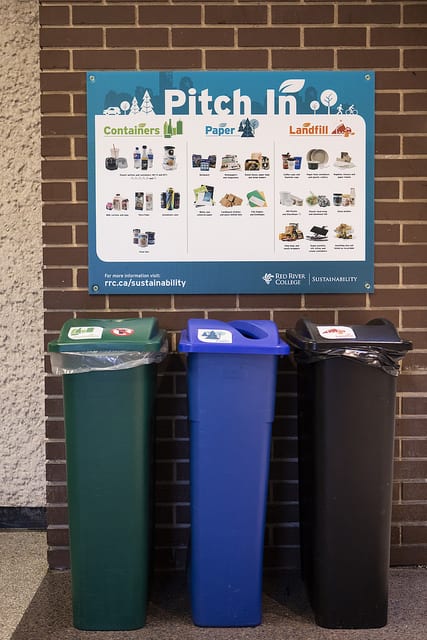 By performing waste audits and providing recommendations for the final draft, the students contributed to the design of the Pitch In program and signs. They met with the Sustainability Office, Building Services and the Recycling Team several times to help design elements of the audits including timing, timelines, selecting sample locations, and determining audit categories.

The program is now used college-wide.

During a waste audit on four food services (Otto’s, Voyageur, Buffalo, and Tim Horton’s) at the Notre Dame Campus, students did an observation study monitoring the behaviour of 20 random individuals at each of the four areas. They recorded how accurate individuals were when using the recycling bins and whether the person made the “right choice” by depositing the material in the correct bin, giving us a snapshot of recycling behavior and how willing people were to recycle on campus. 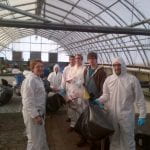 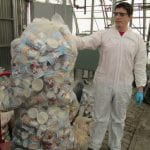 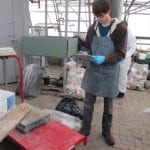 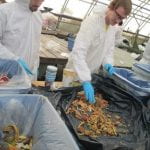 The Pollinator Friendly Garden, found at the corner of the arboretum on the NDC, began as a class project for the now-retired Green Space Management program. When extra money was leftover from a tree-planting project, the students were asked to design a pollinator-friendly garden on campus that would use the funds, choosing the site location, plants, and layout.  Their ideas played a large role in the final garden, planted in 2018. 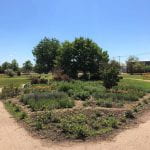 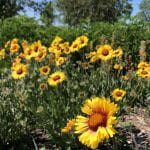 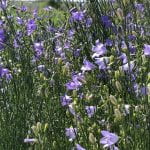 To ban or not to ban bottled water? That was the question universities and colleges across North America were grappling with in 2010. To tackle the issue, a Water Working Group was assembled with RRC Polytech students, members from Ancillary Services, the Students’ Association and the Sustainability Office. 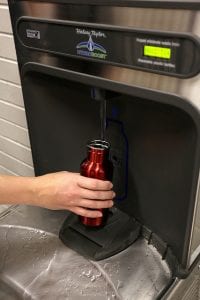 Considering that a ban would impact all students and staff, a consultation plan was made to reach a broad sample of students and staff, rather than allowing a vocal minority to impact the choices of majority. A survey was used to gauge student and staff opinions on things like how often water bottles are recycled; reasons for purchasing bottled water; quality of drinking fountains; and more. A total of 400 students were interviewed by members of the group.

The survey showed that most students felt that the issue of water bottles on campus was important. About 75% of students said they would be more inclined to use water fountains if they were retrofitted to bottle fill stations. The majority still said that the College should provide students and staff with the choice to purchase bottled water.

Outside of working with our office, there are opportunities for students to contribute to sustainability through applied research partnerships. Red River College Polytechnic has a vibrant and growing program of applied research and commercialization, with a particular emphasis on developing sustainable technologies.

Many opportunities exist for students to shape the future, including research on green buildings, emissions reduction, improving vehicle fuel efficiency and shifting to renewable energy sources.