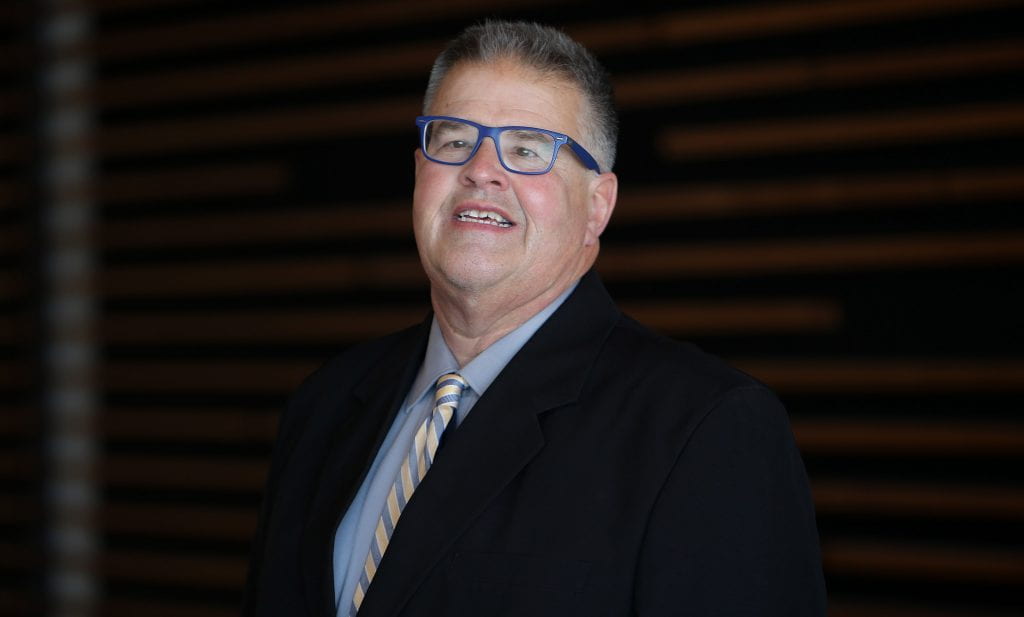 For the last 35 years, Gabriel Langlois has undeniably been one of the most well-known and beloved Manitobans at any sporting or special event across our province.

And while it’s often his presence and enthusiasm for Winnipeg that captures attention, it’s his integrity, devotion to volunteering, community spirit and uplifting positive attitude that captures hearts. These qualities have moved Red River College to award Langlois the Honorary Diploma in Community Development at this year’s 2021 Virtual Winter Convocation ceremony.

“Red River College awards an Honorary Diploma to an individual who demonstrates high standards of excellence in their personal and professional achievements, and whose involvement in the community is widely recognized,” says RRC President Fred Meier.

“Gabriel Langlois has made significant contributions to our community and is celebrated by many for his tireless engagement efforts and friendly demeanour. When Red River College received his nomination, it included letters of support from leaders across Manitoba, which reinforced his devotion to volunteerism and the positive impact that he continues to have on our communities. While ‘Dancing Gabe’ may be Manitoba’s number one fan, there is certainly an entire community of us who are fans of the contributions he makes to our province every day.”

The list of Langlois’ awards, accolades and achievements is long, and includes the Premier’s Volunteer Award, the Queen’s Diamond Jubilee Medal, and the City of Winnipeg Community Service Award.

This past September, his volunteer accomplishments culminated in his being awarded the Sovereign’s Medal for Volunteers, which recognizes the remarkable achievements of Canadians from across the country in a wide range of fields. He has also demonstrated his integrity and trustworthiness over the past 35 years as a volunteer and part-time employee of the YMCA-YWCA of Winnipeg.

“Gabriel Langlois is a Manitoba icon, devoted volunteer and inspiring community hero. He reflects the very best of our community — and the best of Red River College, with our commitment to learning, respect, inclusiveness, integrity and community values,” says Dr. Christine Watson, RRC’s Vice-President, Academic.

“With his positive attitude, commitment to the community, and the admiration of an entire province behind him, we are proud to award Gabriel Langlois this Honorary Diploma in Community Development.”

The event will be streamed on Facebook Live, and will feature the presentation of the diploma, Langlois’ acceptance of the award, and congratulatory messages from his supporters across the community, among them Mayor Brian Bowman, True North’s Mark Chipman and biographer Daniel Perron (Dancing Gabe: One Step at a Time), who nominated Langlois for the RRC recognition.