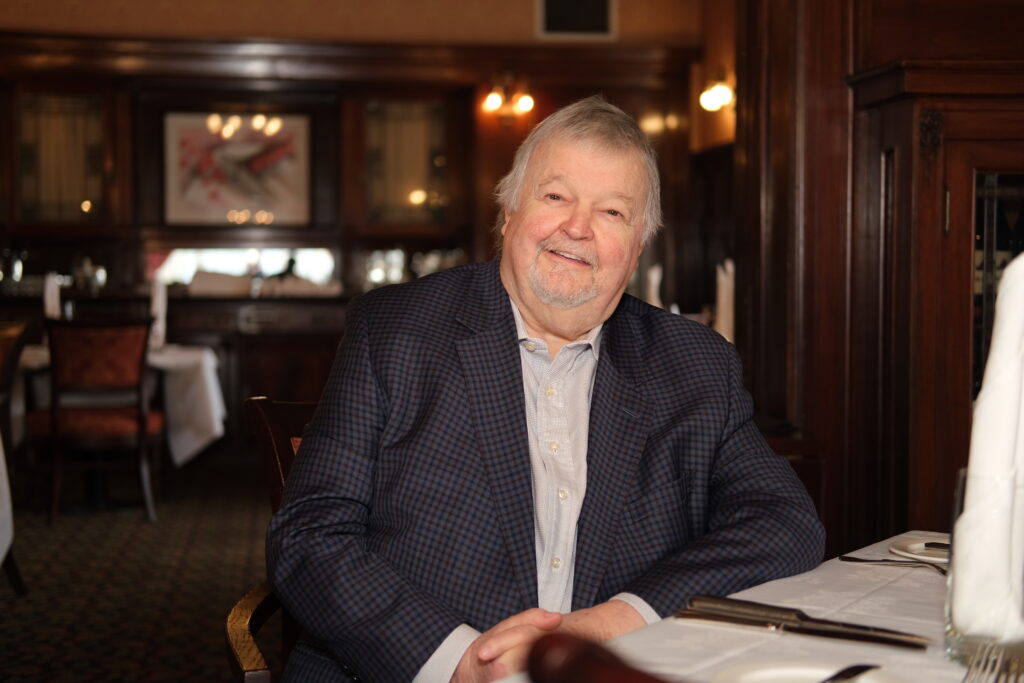 For more than 40 years, Doug Stephen, founder of WOW! Hospitality Concepts, has been an integral part of the Winnipeg dining and hospitality sector, bringing smiles and building memories for thousands of people each year.

“RRC Polytech is proud to recognize the many contributions Doug Stephen has made to the dining and hospitality sector, as well as the education of future culinary, hospitality and tourism leaders in our province,” says Fred Meier, President and CEO of RRC Polytech.

“There’s an ideal we aspire to as a polytechnic institution, which is to match in-class know-how with the highest quality of work-integrated learning available. That’s because we believe our students deserve the very best — just as Doug Stephen believes Winnipeggers deserve the very best in their dining and hospitality experiences.”

Born in Dauphin, Stephen showed early signs of entrepreneurial leanings. At age 14, he was managing a fleet of Winnipeg Free Press carriers in Clear Lake. A year later, a chance meeting with the owner of Clear Lake’s pizza parlor saw him learning to cook and quickly taking over management duties at the restaurant.

After high school, Stephen came to Winnipeg to pursue his science degree at university, intending to follow in his father’s footsteps and become a physician. While enrolled, he worked as a server at the Old Spaghetti Factory (OSF). After completing his studies, he took a break year and never really looked back, leaving Winnipeg to gain hospitality training and experience in Toronto, Los Angeles, St. Louis and Ottawa, before returning to take over OSF and Brandy’s in 1980.

“I am so honoured that RRC Polytech has decided that I have given back and that I have contributed to the community,” Stephen says.

“It took a lot of work and perhaps some mistakes along the way. I have been very, very lucky because I’ve done what I have loved my entire life. Along the way I’ve had some great mentors and wonderful opportunities.”

Prior to co-founding WOW! Hospitality in 1995, Stephen spent many years as area partner for The Keg restaurants in Winnipeg, and also opened Stephen & Andrews Food and Wine Shoppe, Pasta la Vista and Green Gates.

He went on to launch WOW!’s well-known suite of establishments, which have become part of the special moments and celebrations of so many. From 529 Wellington to Peasant Cookery to Muddy Waters Eatery to Prairie’s Edge, Stephen has been there to serve and build special relationships with our community.

WOW! Hospitality has also provided full-time, part-time and work-integrated learning opportunities for students at RRC Polytech, in both front-of-house operations for the Hotel and Restaurant Management program, and back-of-house for Culinary Arts and Professional Baking and Pastry.

A longtime partner and supporter of the College, Stephen began serving on its culinary advisory council back in 1981, and has also served with the Manitoba Restaurant Association in many capacities over the years. He and his wife, Kerri Irvin-Ross, sponsor a scholarship in the Culinary Arts program, as does WOW! Hospitality.

When asked for his advice to those considering a career in the field, Stephen says, “I recommend if you love the industry, get the education. The reality of it is, the more education you can acquire to prepare yourself for a career in the hospitality industry, the better your likelihood of success.”