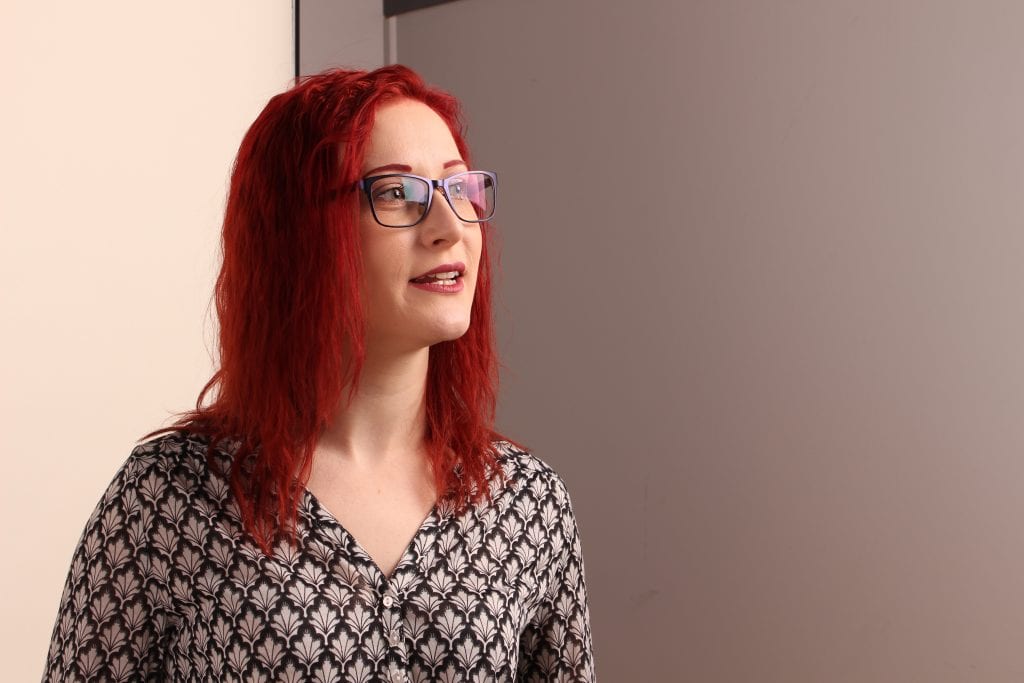 The 28-year-old globetrotter has plane-hopped around the world, speaking at conferences on four continents and, since March 2016, plying her trade from a home base in London, England, where she is currently a security consultant with technology firm Baringa Partners.

As a “white hat” hacker, Rose uses her skills for good instead of evil. She might hack into a client’s system or office as part of her job, with the goal of helping them identify weaknesses, educating them about phishing and cyber threats, and developing programs to protect their privacy and security.

She has been invited to share her expertise with audiences in Sri Lanka, Norway, Berlin, Australia, Poland, Sweden and Austria, among other countries. In September alone, she flew to Malaysia for the Cyber Security Asia conference, spoke at a London conference for women in banking and finance and demonstrated her ethical hacking skills at a private event in Spain.

“Essentially, the goal of the presentation was to raise awareness of our online footprint. I would investigate the audience and present the findings back live. It was actually quite fun,” she says.

Before returning to Kuala Lumpur in November to present an ethical hacking demonstration and workshop at FinTech conference SCxSC, she’ll speak at a developer conference in Sweden and, in mid-October, she’ll be in Washington, D.C., for Operation Safe Escape’s Domestic Violence and Security conference, focusing on personal security, IoT (the Internet of Things) and maintaining anonymity while online.

Growing up in Winnipeg, Rose was curious about computer technology, but she says her interest wasn’t encouraged — just the opposite, in fact.

“When I tried to do it in school people told me it would be too hard,” she says.

“I didn’t really get into technology until I was 18, I think. My actual first career choice was botany and then I found out when I was in university I was allergic to plants, so I dropped out and went to an accounting firm.”

It was while she was working as a personal tax assistant, for chartered accountants firm Lazer Grant LLP, that Rose found her forté. She saw a need to improve the company’s IT service, so she put her self-taught skills to work, serving as system administrator before moving into the role of IT manager. After four years with Lazer Grant, she decided to pursue a formal education to hone her talents and build a more solid career foundation.

“I went back to college because I had very little confidence. If you have no confidence it’s really hard to get a job, never mind being female,” she says.

“I wanted that piece of paper that confirmed I knew what I was doing. I asked industry friends whom I respected which school they would recommend I attend. They all recommended Red River, because it’s hands-on and the skills they teach are actually useable. It ended up being easier long-term because you’re learning stuff you actually do at work.”

Rose distinguished herself during her two years at RRC, even founding her own company to provide managed services to a list of clients that included the Canadian Museum for Human Rights. Following a co-op placement with Manitoba Liquor & Lotteries, she was chosen as the Canadian representative on the 2015 Cisco Live Dream Team, working with nine other students from Cisco Live Networking Academy colleges and universities to set up and manage the operations network for that year’s Cisco Live conference in San Diego, Calif.

Less than a year later, she attended a conference in Cambridge, England, and enjoyed the experience and culture so much, she decided to move to London.

In the summer of 2017, while she was working for privacy firm Schillings, she was among a trio of young security specialists profiled in British Vogue, and she’s frequently invited to share her knowledge with radio audiences in the U.K. Her resume now includes exalted titles such as Supreme Technical Commander and Network Ninja, as well as cyber security analyst, consultant and network architect.

In between travels to more exotic places, she has returned to RRC as a speaker and guest at Directions conferences, although she admits that she was not always the best student during her college years.

“I have quite a short attention span,” she says, adding she was lucky to have instructors who took the time to walk her through the most challenging courses in the BIT program (which celebrates its 50th anniversary next weekend with a reunion gala on Nov. 3).

“They’re very passionate about what they do, which makes a huge difference as a student, especially if you’re doing a course you really don’t want to do. I appreciate programming now and I’m really happy I learned it, but in college I actually hated it,” she says.

“I had to take courses that I wouldn’t have chosen to take, but I think it developed a really well-rounded technician.”