To our Coaches, Student-Athletes, Alumni, Supporters and Fans

I know many of you have been waiting for news about the possibility of the College resuming our varsity sports programs this fall. As the College continues its work to resume on-campus activities, with the focus dedicated to essential hands-on learning and training activities to allow students to complete their studies, we’ve made the hard decision to put our varsity sports program on-hold for 2020-2021 season. END_OF_DOCUMENT_TOKEN_TO_BE_REPLACED 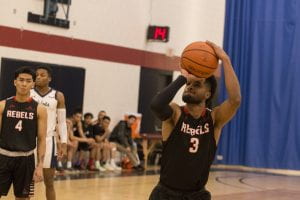 Congratulations to Torrez McKoy on being selected as the 2019-20 Rebels Men’s Basketball Team MVP. McKoy, a third year guard from MBCI currently in the Electrical program at RRC, helped lead the Rebels to a perfect 17-0 season and the MCAC and NIAC Championships. END_OF_DOCUMENT_TOKEN_TO_BE_REPLACED

END_OF_DOCUMENT_TOKEN_TO_BE_REPLACED 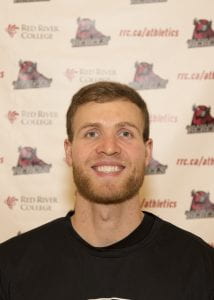 It was a perfect match: Ridd helped guide the Rebels to back-to-back championships in 2018 and 2019, along with being named the Rebels MVP and an MCAC All-Conference athlete in 2019, while the Rebels gave Ridd a highly competitive team to play on, a team Ridd said makes him proud. END_OF_DOCUMENT_TOKEN_TO_BE_REPLACED

Current Standing: 5-0, first place in MCAC/NIAC standings, would get by to MCAC Finals

The Rebels men’s basketball team has ended off a decade of dominance with a perfect 5-0 start to the season heading into the break.

The Rebels won every MCAC Championship in this decade except in 2017. 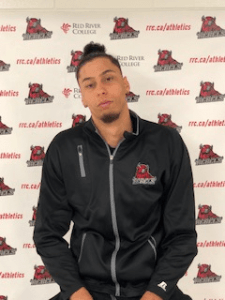 Congratulations to Francesco Tocci for being the Rebels athlete of the Month for the Month of November. In the Month of November the Men’s Basketball team had five games and they’ve won all five of them. In those five games 1st year 6’7  Forward Francesco Tocci dominated the games by averaging  13.6 PPG, 10.0 RPG, 3.6 BPG , +16.4 +/- average per game, 58.2% eFG%, in just 27 minutes of action per game. Rebels take on CMU Blazers next on January 10th Women’s at 6 pm and Men’s at 8 @CMU.