So I’m going to let you in on a little obsession of mine – the history behind the famous sportswear company Adidas. I read the book “Sneaker Wars” as a teenager and have been fascinated with the brand ever since. Adidas has a deeply rooted connection with sport and I feel very influenced by its origin story. 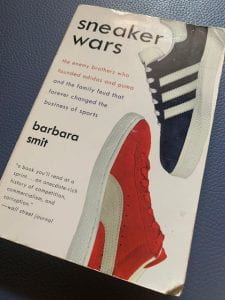 Today – Adidas is the largest sportswear company in Europe and the 2nd largest in the world (after Nike, thanks to Michael Jordan). To give you some perspective – Nike takes in a profit of 37 billion a year, with Adidas following at 26 billion. Smaller brands like Underarmour and Puma take in around 5 billion. Nike has 73000 employees and Adidas has 57000. Needless to say, Nike and Adidas are huge influencers in the sporting world.

The first brand to the market was Adidas… Or as the European’s pronounce it – “Ah-dee-dahs.” The man behind it was named Adolf Dassler (Adolf was an extremely common name in Germany prior to World War II). Adolf was brothers with Rudolf, and the two of them originally started Dassler Shoe Company in 1924 in their mother’s laundry room.

With small beginnings, Dassler Shoe Company experienced success in their town but they needed something to put them on the world map. The 1936 Berlin Olympics did just that. This was the first widely televised Olympics. It was supposed to be a showcase of Aryan racial supremacy – and yet Adi and Rudolf sponsored an African American track athlete named Jesse Owens. Jesse Owens was a huge success and won 4 gold medals that year – which gave them the publicity they needed to take off.

Then World War II happened. Nobody knows all of the details that happened between the two brothers, but there was some bad blood and they had a huge falling out. Rudolf had been enlisted to the war, and Adi had not. There was likely resentment for this. After the war ended, Rudolf separated from his brother and started Puma in 1948. Adi rebranded to what we now know as Adidas.

Rudolf had always been known as the marketing genius whereas Adi was focused on the production side and quality of his shoes. He always focused on the athlete and how to make the athlete better. Both brands have stood the test of time but it was the brand with the utmost care for the consumer that came out on top. 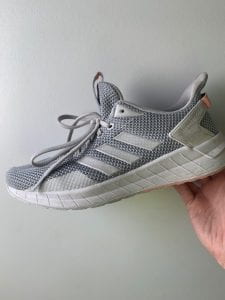 Both brothers died in the 1970s and never reconciled…. But the brands did, after a 61-year grudge. In September 2009 – the acting executives of Adidas and Puma arranged an employee soccer match in their hometown of Herzogenaurach. They were split onto mixed teams to honour International Peace Day.

Fast forward another decade, which basically brings us back to today and to an Adidas that is still thriving.  So what about this history attracts me? I’ve always been attached to story telling through sports. Adidas tells a story of small beginnings, a true love for sports, hard work, rivalry, adversity, success and reconciliation. It covers all of the themes that I can identify with as an athlete. Although Adi Dassler has passed away, his legacy has lasted for almost half of a century…! The brand itself has been around for 70 years.

Adi earned his reputation simply by pursuing his passion and love for sports and shoe-making. His story leaves me thinking…. What is my passion and what kind of legacy will I leave behind? The Adidas shoe and its slogan will always serve as my reminder, that “Impossible is nothing.”