Celebrating over 50 Years of Information Technology. Since 1968, our program has graduated more than 3,600 students.

We have collected some highlights from the past 50 years. Take a walk down memory lane with us. 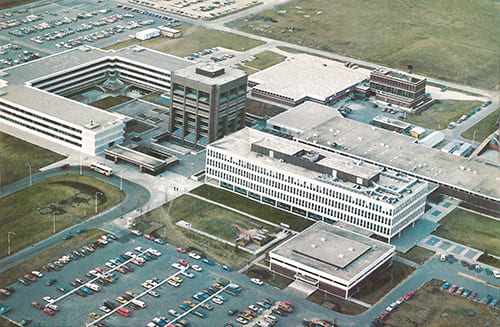 The 1960s at Red River College Polytechnic, formerly the Manitoba Institute of Applied Arts, were an exciting time of growth and opportunity. From the newly constructed campus on Notre Dame in 1963 to the emerging field of computing, the College was growing fast. 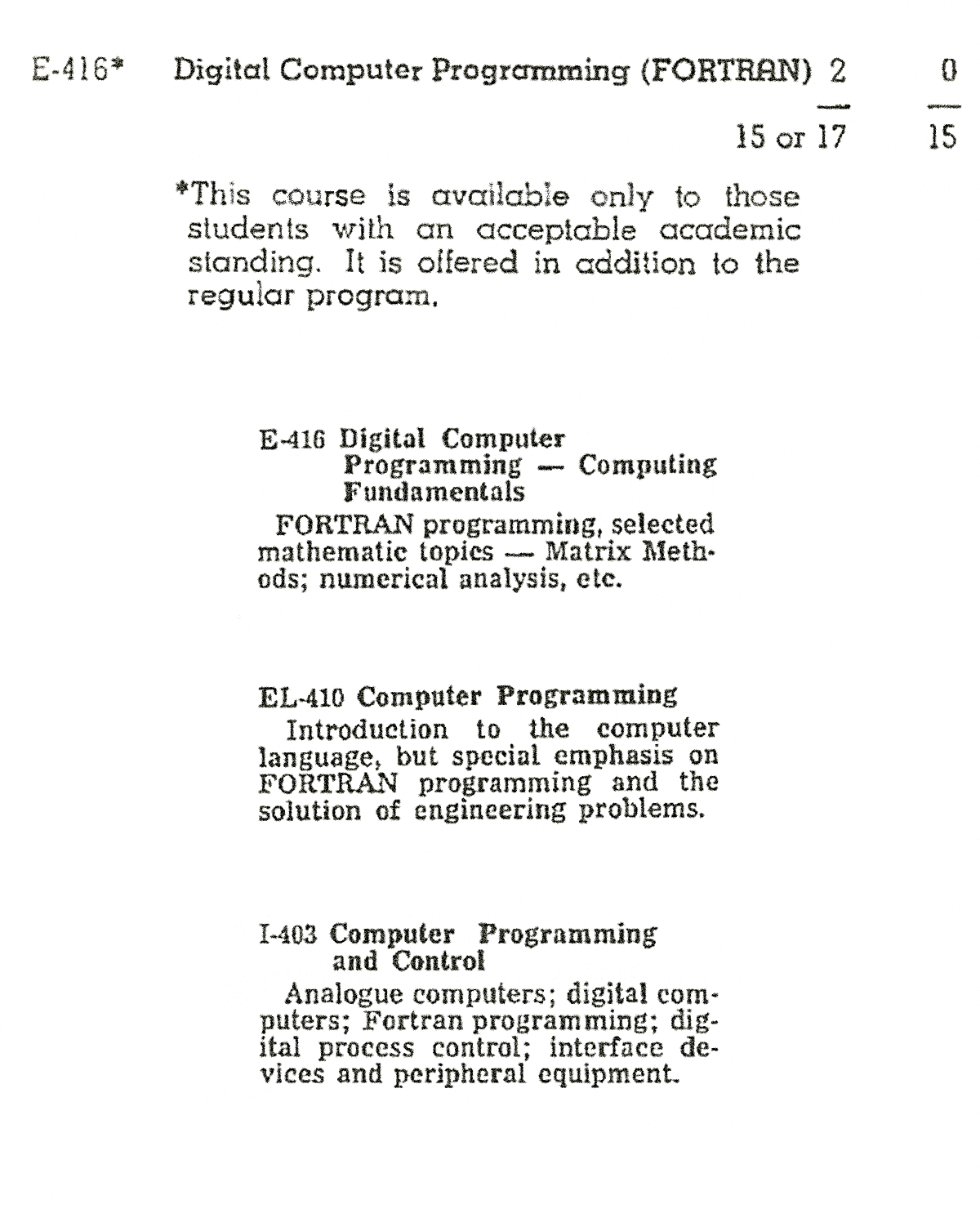 Looking at the 1967 Program Calendar, there were hints of the CAP program to come. The Electronic Technology program already offered Computer Programming as a third term course, where students learned FORTRAN. 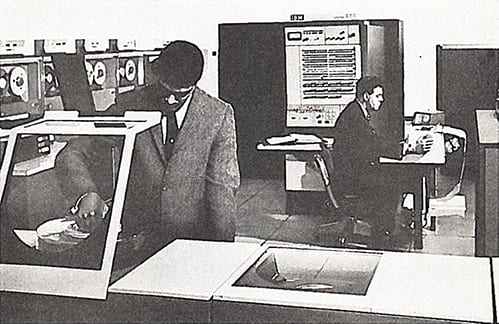 In the inaugural year, students of the Computer Analyst/Programmer (CAP) program were set to learn some of the following technical topics during their two years of study: punch card data processing, flowcharting, COBOL, FORTRAN, ALGOL, using IBM 360 – Model 30 and developing management information systems. A total of 14 students enrolled in the first offering of Computer Analyst/Programmer. 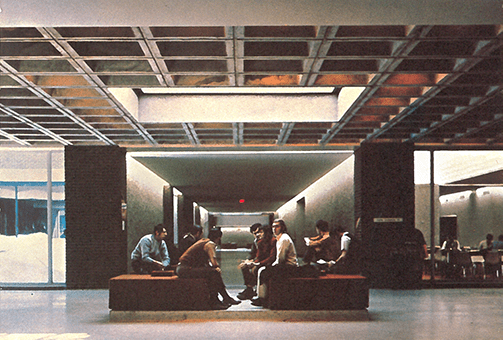 The 70s saw the CAP program mature, from graduating our first class of Computer Analyst/Programmers to the evolving technologies, as our grads were making an impact on our local industry. 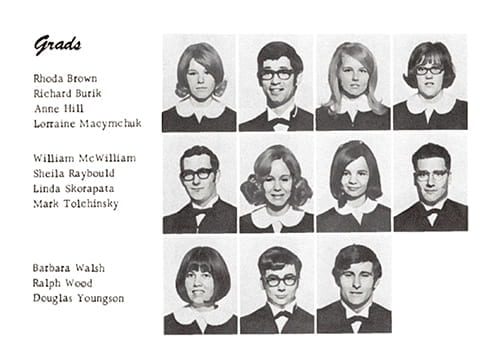 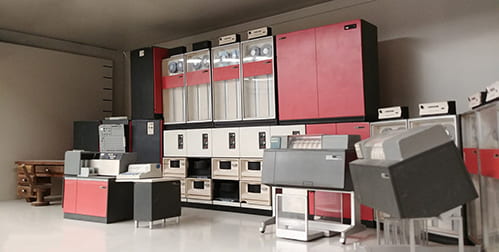 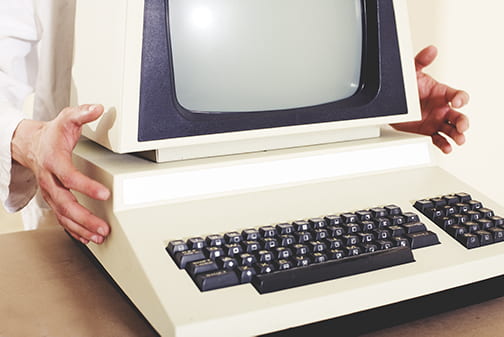 The 80s were the decade of the microcomputer. With microcomputers entering the workplace, educational institutions and some homes en masse, an education in technology was becoming increasingly accessible. 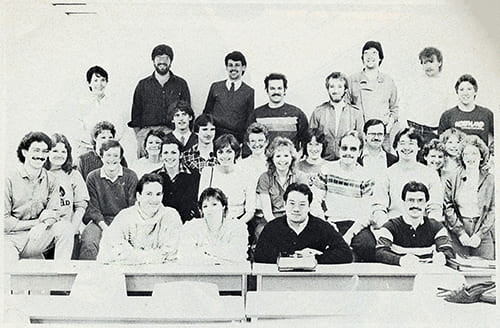 Winnipeg newspapers reported a Canadian labour shortage, and the demand for graduates of the Computer Analyst/Program (CAP) program exceeded the supply. The college decided to increase the intake of students to 35. Pictured above: 1986 CAP Student Association (CAPSA). 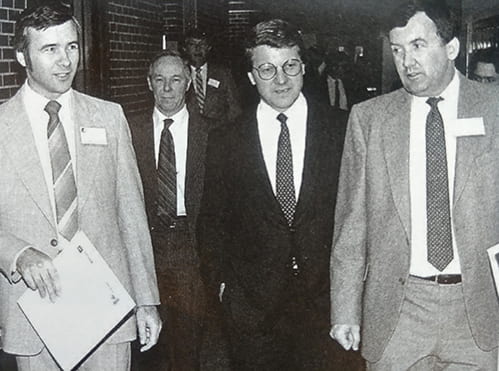 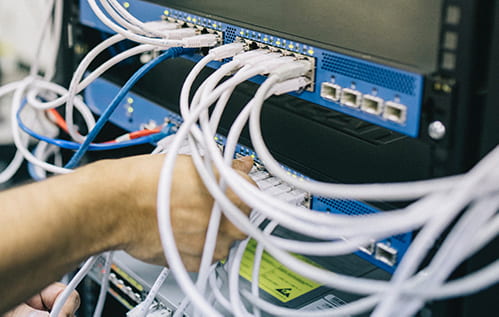 The World Wide Web emerges with the “Internet” described as a research-oriented collection of networks, mainly in North America, comprised of over 1000 government and academic networks leading to a whole new way of using computers. 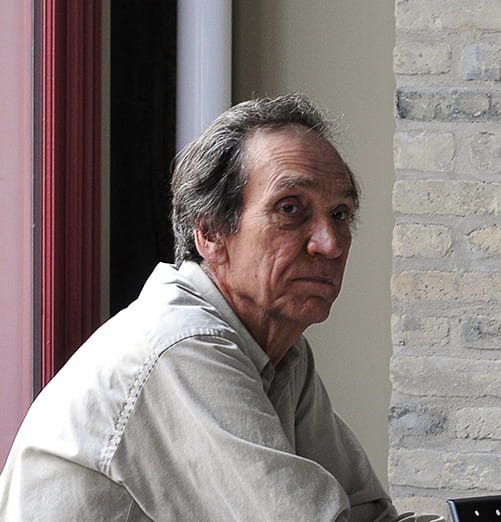 A fast-track version of the popular Computer Analyst/Programmer program was launched and became the first program at Red River College Polytechnic to use laptop delivery. This shift to laptop delivery had the blessing of the CAP Program Advisory Committee. Peter Kormarnicki, who was the chair of the former Accounting and Computer Education department, had this to say: “what industry is looking for in all employees is computer literacy.” With laptop delivery, students had 24-hour access to the College’s network. 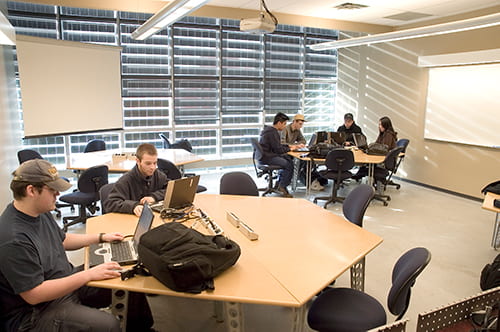 The first intake of Information Systems Technology (IST) began. The program was created to include more technical courses, where CAP concentrated on business courses. The IST program allowed students to specialize in streams such as Programming, Electronic Commerce and Networking and included a mandatory six-month co-op. The laptop computer was introduced to both CAP and IST and each student rented one for the duration of the program. 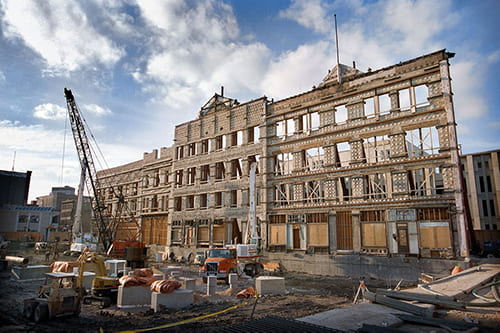 A new era emerged for the CAP/IST programs as the Exchange District Campus began construction. 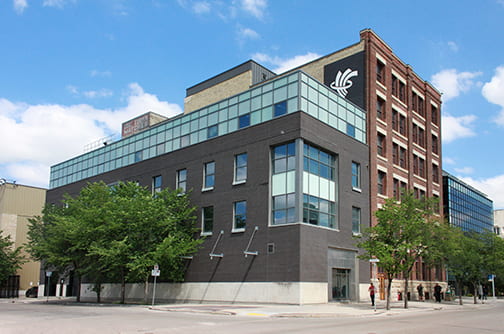 The Computer Analyst/Programmer program is fully accredited by the Canadian Information Processing Society (CIPS).
Phase 1 of the Roblin Centre, part of the Exchange District Campus, was completed and the Centre for Media and Digital Entertainment, also known as the William Block, opens for classes. 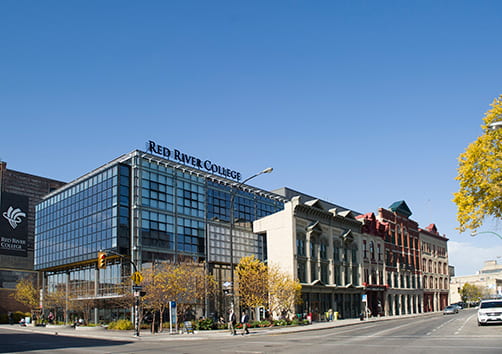 The Princess Block of the Roblin Centre opened for classes. The Accounting and Computer Education department moved from Notre Dame Campus to the Princess Block at the brand new Exchange District Campus. 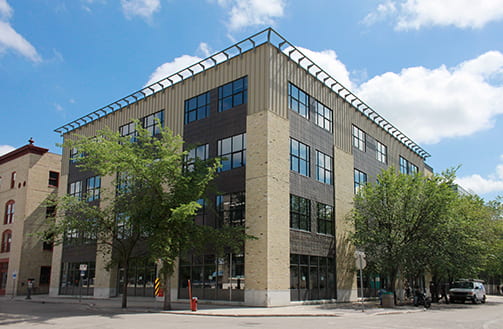 The Adelaide Block of the Roblin Centre opened for classes. 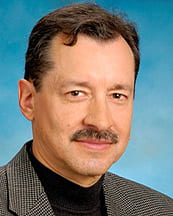 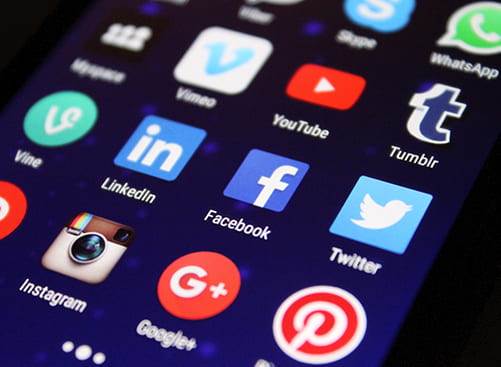 The 2010’s saw many new exciting changes to the program, renaming CAP/IST to Business Information Technology (BIT) in January 2010. 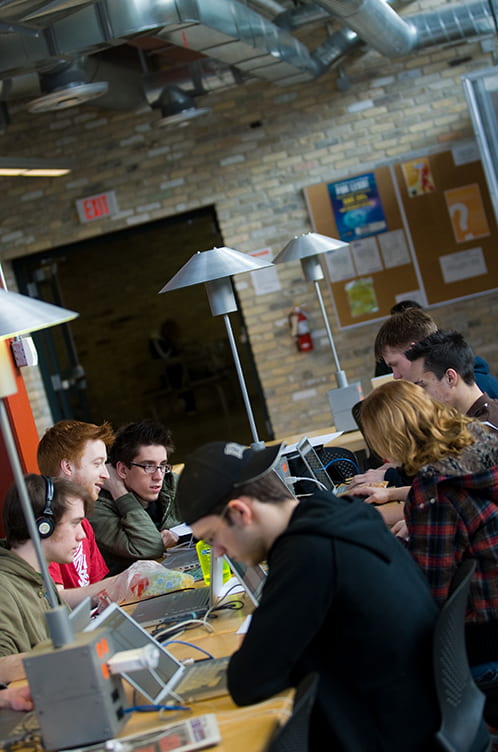 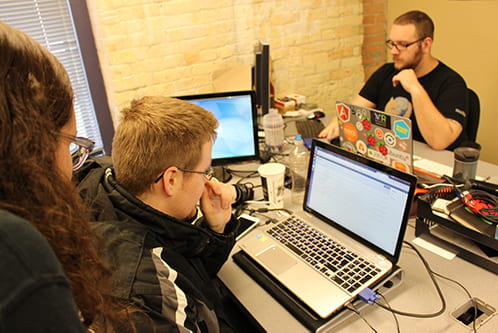 Decision is made to change the program to a three-common semester model.
A new curriculum review process for BIT is undertaken where all learning outcomes in the program are reviewed by faculty as well as industry representatives, using custom curriculum mapping software. 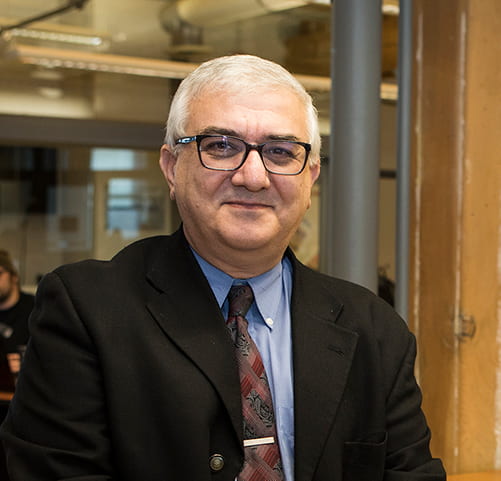 There was an industry review of the BIT curriculum. Haider Al-Saidi became the Chair. 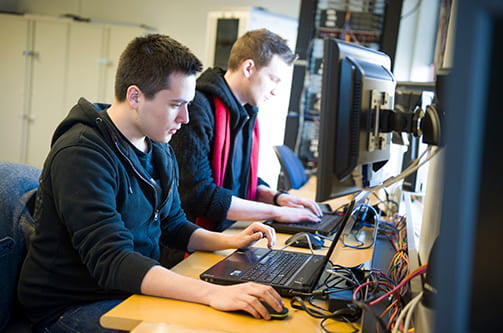 A new curriculum for Business Information Technology was approved. Starting with the Fall (September) intake of students, defined streams were dissolved and electives were introduced. 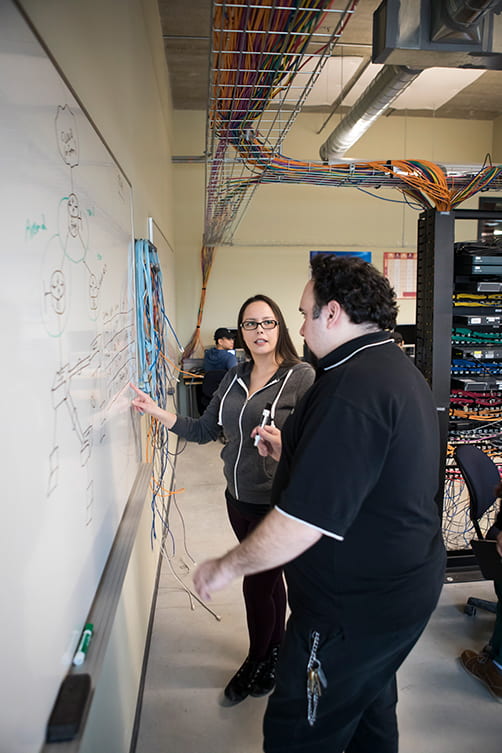 Red River College Polytechnic celebrates 50 years of BIT with a summer block party at The Cube stage in the heart of the Exchange District and a gala dinner in November with College president and CEO Paul Vogt as the keynote speaker.

BACK TO BUSINESS INFORMATION TECHNOLOGY